MaaS refers to the use of digital services to access a range of public, shared and private transport options, often via smartphone apps. The MaaS ecosystem brings together infrastructure providers, automotive manufacturers, transport providers, platform providers and IT services providers.

This is a high growth, technology-rich area. Mobility demand among city dwellers is on the rise as a result of increased population levels in urban areas at a time when younger populations are calling out for more sustainable and environmentally friendly transport options. New mobility technologies are expected to account for 40% of automotive industry profits by 2035, according to Statista - making getting your IP in order a boardroom-level priority.

A recent UK government report (22-page / 426KB PDF) described MaaS as a "one-stop online ICT interface" that amalgamates services that, separately, will be familiar to the user. These services include:

This type of one-stop end-to-end trip solution for users will require significant collaboration between different businesses and the public and private sector. It will also require open access in relation to the use of technology and data. Interoperability will be essential, as the services will need to communicate easily. However, there are still important ways businesses can protect and commercialise their IP in an increasingly active and growing market. 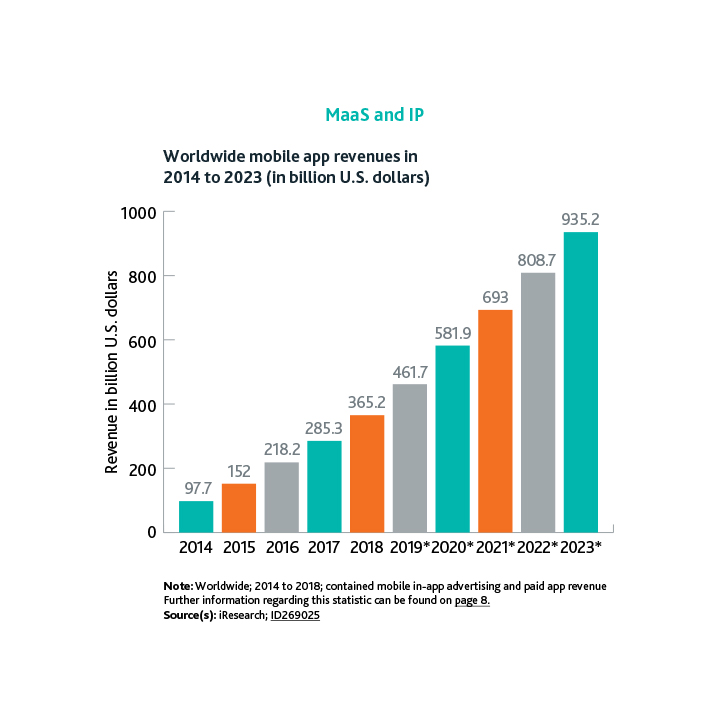 MaaS will require an increasing number of customer-facing mobile apps, such as Whim in the West Midlands, UK or Qixxit in Germany. Mobile apps can attract the protection of various IP rights, with copyright and trade marks likely to be the most significant in this context.

These rights will not prevent a competitor from producing an app that offers the same services as yours. However, copyright means they can't copy your code and will have to write their own, giving you a 'first mover' advantage. They will also be prevented from using branding that is the same or similar to any of your registered trade marks, which will help to distinguish a user-friendly and well-designed app from others in the market.

In its simplest sense, copyright allows the author of a copyright work to control the reproduction of that work and protect against its unauthorised copying. For copyright to subsist, the relevant work must be original.

Copyright protects the expression of ideas, rather than the ideas themselves. In the context of mobile apps, this means that the idea of a journey planner app cannot itself be protected by copyright. However, the specific computer programmes – the underlying code and algorithms – and the graphical user interfaces which make up a journey planner app could be protected.

Copyright arises automatically on the creation of a protectable work, and typically lasts for the duration of the life of the author plus 70 years. This makes copyright a powerful way of helping to protect the investment made in developing an innovative app.

When engaging a software developer or graphic designer to assist with the development of a mobile app, businesses must ensure that copyright is effectively licensed or assigned

The ownership of copyright varies from one jurisdiction to another. In the UK, copyright ownership usually vests in the author of the work, with the most common exception being where an employer owns copyright in works created by their employees. When engaging a software developer or graphic designer to assist with the development of a mobile app, businesses must ensure that copyright is effectively licensed or assigned.

End user licence agreements (EULAs) help to protect the rights in an app by setting out the terms on which consumers may use it. Developers can also use digital rights management and technical protection measures to safeguard the copyright in their app and help to protect their investment.

Trade marks help to distinguish your app from that of your competitors, and act as a deterrent discouraging others from getting close to your branding. It is possible to file a trade mark application for a product brand name as well as for any distinctive logos or images you use.

The internet of mobility

MaaS may be provided through a connected vehicle or a 5G smartphone; sometimes through interaction between them as well as with sensors and transmitters in the wider environment. The idea is similar to that of the 'internet of things': a network of sensors capable of sending and receiving data about changes to the environment; and wireless networks capable of connecting those sensors such as Wi-Fi, 5G or low-power wide-area networks (LPWAN).

SEPs are patents that protect technology believed to be essential to implementing a standard. However, what must be paid by technology implementers to use standardised technologies is a hotly contested issue in the courts of many jurisdictions. SEP owners are likely to be on the alert for new users of their technology, such automotive manufacturers or transport providers, and so the considerations such as IP licensing and the risk of patent infringement must be considered at the start of new projects.

In the mobile sector, these patent holders have tended to target well-funded new entrants to the market and, preferably, the seller of the end product or service, as opposed to component suppliers. However, it remains to be seen how this will develop in the automotive sector. As an example, in August 2020, Nokia secured a nationwide injunction from a German court against Daimler for unauthorised use of patented Nokia technology in its connected cars, raising important questions about SEP licensing and the automotive industry.

MaaS is data driven. Having good coverage of a range of transportation options and real-time updates will be key to the success of your MaaS product.

Moovit is a prime example. Founded by an Israeli start-up in 2012 and acquired by Intel for approximately $900 million in May 2020, Moovit is a mobility app which collates all modes of public transit in a particular city as well as other forms of transport – including local bicycle hire and ride-hailing services, such as Uber. It works by combining information from public transit operators and authorities with live information from its user community. Moovit claims to amass up to six billion anonymous data points a day to add to what it describes as "the world's largest repository of transit data".

To be able to provide its route planning service, Moovit required access to cities' public transportation data which it then combined with crowdsourced data. Moovit has also collected data from some of its 680 million app users in relation to their travel experiences. It has then licensed this data and associated data analytics back to cities and transport authorities in order to enhance transport services.

Despite being so pivotal to MaaS and other data-driven systems, there is often no clear legal basis for protecting raw data except through contract. Copyright has an originality threshold which raw data resulting from an automated process is unlikely to meet. Database rights prevent the extraction or re-use of substantial parts of the database, or the systematic taking of insubstantial parts – however, evidentially, it can be difficult to prove that this extraction has occurred, especially within private networks. In addition, as a recent UK case involving national mapping service Ordnance Survey showed, what constitutes "substantial" can be a grey area.

Trade secrets prevent the misappropriation of information valuable by virtue of the fact it is secret. Of course, the issue here is the "secret" part. Trade secrets protection cannot be relied on at all if it includes data which is disclosed publicly. A journey planner may include an algorithm that processes user data to suggest time saving alternative routes. There may be a valuable trade secret in the algorithm as well as copyright. In contrast, the data collected by the system, generated by sensors, is not a trade secret. 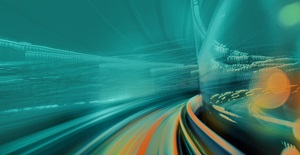 Mobility as a service: towards a sustainable future 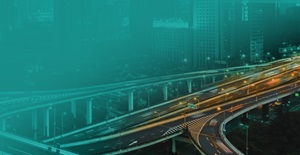