As governments around the world start to better understand the challenges caused by Covid-19, the serious global threat posed by climate change is moving back up the commercial agenda.

The carbon used or generated by industrial supply chains is a significant factor in a company's ambition to become low carbon. Indeed, some governments are designing their Covid-19 recovery packages to favour low carbon businesses or sectors.

This is part of a series, find out more about creating a resilient supply chain regime.

There are a number of different routes by which industrial companies can seek to decarbonise, although it is generally acknowledged that some form or other of supply chain buy-in is required. The pandemic has created challenges for many companies and their suppliers but it has also often brought them closer together, with greater levels of dialogue, support and cooperation between the supply chain than ever before as they seek to jointly maintain production despite the difficult circumstances.

Many industrial companies are looking to incentivise their supply chain to help reduce their carbon footprint as part of their own decarbonisation strategy.

Companies can take advantage of this closer collaboration to start, or to increase the pace of, their decarbonisation journeys. It is going to become increasingly difficult for large carbon emitters to survive without making changes as governments increase the scrutiny, regulation and penalties for those that don't embrace the net-zero challenge.

It is also expected that consumers will start to scrutinise companies and processes around their low carbon credentials. Investors are already doing so through the efforts of the likes of the G20's Taskforce on Climate Related Financial Disclosures (TCFDs) - and some countries are moving towards making these disclosures mandatory -  which is pre-empting regulation in many countries.

Now is the time to act, and to engage your supply chain on this important global issue.

Where has the net-zero carbon target come from?

The 2015 Paris Agreement, signed by over 190 countries around the world including the EU, India, China and Brazil, aims to limit global warming to 1.5°C and requires signatories to 'balance' greenhouse gas (GHG) emissions. This has been interpreted by the Intergovernmental Panel on Climate Change as requiring global carbon dioxide emissions to reach net-zero (negative emissions) by 2050. 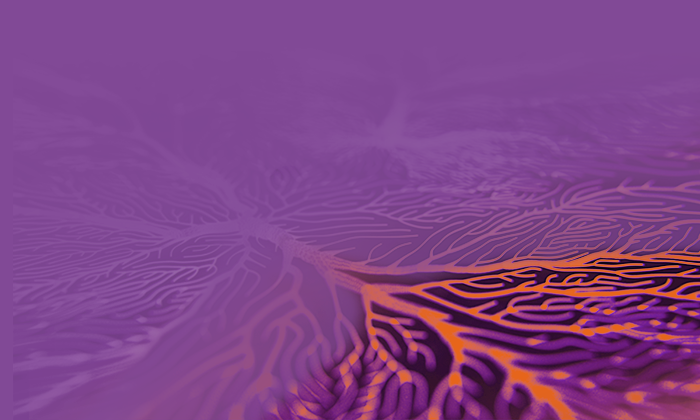 The next conference, or decision-making meeting, of the parties to the UN Framework Convention on Climate Change (COP26) will take place in November 2021 in Glasgow, having been delayed from this year due to the global pandemic. COP26 is intended to result in more extensive global measures and targets being agreed by the attending countries.

Why should companies be considering their carbon footprint?

Industries including cement, ceramics, chemicals, food and drink, glass, iron and steel, oil refining, pulp and paper and many others generate emissions in a number of ways, including:

Many governments around the world have committed to the aims of the 2015 Paris Agreement to limit global warming to 1.5%, and many have implemented targets to achieve net-zero carbon dioxide emissions by 2050. It is clear that reaching these targets will require governments to incentivise the industrial sector to decarbonise, and that doing so will require disrupting the typical models and processes that these sectors have relied on for many years.

Initially, the global focus tended to be on a company's direct emissions of greenhouse gases (GHGs) ('scope 1'); along with indirect emissions from generation of purchased energy ('scope 2'). However, there is now increasing pressure and focus on the need to incentivise companies to reduce the GHG emissions generated within their supply chain in producing their products, and in the use of their products by consumers and others ('scope 3').

These incentives may take the form of carbon taxes; loans or subsidies for early adopters of new approaches; reduced subsidies for high carbon fuels and processes; planning and building control restrictions; certain fuels and approaches being restricted or phased out through legislation; or requiring public disclosure of each company's carbon 'footprint'.

It is also increasingly apparent that stakeholders, investors, regulators and even the general public are pressuring companies to show a strong, verifiable commitment to carbon reduction strategies in respect of scope 1, scope 2 and scope 3 emissions. As a result, many major household name companies have already announced their own carbon reduction plans.

The global transport sector is often a particular area of focus when considering how to reduce carbon emissions, with road transport often cited as being responsible for around 15% of global carbon emissions. In that respect, many countries are forcing a move away from petrol and diesel vehicles - including the UK, which recently announced that its planned ban on the sale of new petrol and diesel cars and vans would be brought forward to 2030.

However, the carbon generated by the automotive industry is much broader than that emitted by vehicles on the road with fuel and resources; buildings and operations; manufacturing processes and transport and logistics of parts and finished vehicles all having a part to play. Decarbonisation of the automotive sector will therefore require more than just moving away from producing petrol and diesel vehicles.

Over recent months the industry has recognised the importance of addressing, and being seen to be addressing, decarbonisation. As a result, many major automotive companies have already announced their own carbon reduction plans - including Bentley, Ford, Volvo and Nissan.

Announcing the targets is one thing, but achieving them can be a complex endeavour, particularly for companies with a global supply chain. A typical automotive supply chain will involve supply, manufacturing and distribution across many businesses of different sizes and capabilities, and involve multiple geographies. For this reason, many different approaches will be likely needed to tackle the decarbonisation of all aspects of the supply chain.

How should companies tackle decarbonisation of their supply chains?

The first step on a decarbonisation journey is to fully understand your company's 'carbon footprint'. This assessment should include all aspects of the production cycle in respect of the products or processes that you sell.

In most cases, some of the carbon will be generated by the products or actions of your supply chain – for example, how much carbon is generated by producing and delivering the parts that your company uses in its overarching process or product.

It is worth noting that some larger companies are used to reporting on aspects of their carbon emissions, such as those covered by the EU Emissions Trading System. However, reporting at this level does not necessarily capture the 'full' carbon footprint of a company, and generally doesn't require an assessment of emissions generated throughout the supply chain.

Once the company's carbon footprint has been assessed, a strategy can be developed to reduce that carbon footprint in line with the applicable net-zero targets or framework. Some governments have been more aggressive on decarbonisation targets than others.

Many industrial companies are looking to incentivise their supply chain to help reduce their carbon footprint as part of their own decarbonisation strategy. We have supported various global businesses to structure and implement incentives including: