The new beneficial tax regime was announced by the Australian federal government in its Budget on 11 May 2021.

It is hoped that this lower tax rate will encourage additional investment in Australia’s biotechnology and medical technology sectors and encourage the development of innovation within the region, rather than offshore.

Details of the regime

From 1 July 2022, the new patent box regime will become operational exclusively for patents in the biotechnology or medical technology sectors granted after 11 May 2021. The new regime will only be available to Australian companies.

Given the global economic and health impacts of the Covid-19 pandemic, it is unsurprising that the Australian government is prioritising health and life sciences innovation

The precise mechanics of how the new regime will operate have not yet been confirmed, although the government has indicated that it will follow Organisation for Economic Co-operation and Development (OECD)’s guidelines. A consultation on the detailed implementation of the regime closed on 16 August 2021.

Given the global economic and health impacts of the Covid-19 pandemic, it is unsurprising that the Australian government is prioritising health and life sciences innovation. However, the federal government’s decision to introduce a patent box to incentivise innovation was unexpected, since previous proposals to introduce a patent box had been rejected.

The findings of a review of similar patent box regimes in the UK and Europe determined that a patent box regime would be ineffective and questioned its efficacy in encouraging innovation, according to a 2015 report published by the federal government.

All manufacturing income from patents is currently excluded from the scope of the proposed new patent box regime. This is disappointing and is likely to significantly limit the benefits of the new regime to biotech businesses – the businesses the federal government is seeking to incentivise.

The total exclusion of manufacturing is in contrast to the UK’s patent box. The UK’s elective regime offers a reduced 10% tax rate on profits earned from certain patents and other intellectual property rights. Profits from manufacturing and selling patents and IP may be included, although profits derived from a company's routine manufacturing or development functions are specifically excluded.

According to the latest statistics published by the UK government, over 50% of the companies that claimed patent box relief in 2017/18 were in the manufacturing sector, including in pharmaceuticals, accounting for 30% of the relief claimed.

A preliminary report published by the UK’s HM Revenue & Customs in November 2020 indicates that there is evidence to suggest that companies that use the UK’s patent box increase their investment in the UK – potentially by as much as 10% - compared to equivalent companies.

In the UK, an extensive review was launched at the Spring Budget in March. The wide-ranging review considers expanding the definition of qualifying R&D, merging the regimes for small and large companies, simplifying the administration process and whether to introduce territoriality requirements.

A public consultation on possible routes for reform closed on 2 June 2021 and a response is expected to be published around the time of the Autumn Budget on 27 October. The UK life sciences sector invests more in R&D than any other UK sector, so any improvement to the availability and extent of the R&D tax reliefs will be positively received.

In Australia, the Board of Taxation is currently conducting a review into the administration of the regime, which is administered jointly by the Australian Taxation Office and Industry Innovation and Science Australia, following an announcement by the federal government on 11 May 2021. The scope of the review is limited to the administrative aspects of the regime and will not extend to broader policy issues. 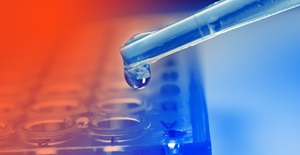 A new tax on plastic packaging manufactured in, or imported into the UK, that does not contain at least 30% recycled plastic is being introduced from 1 April 2022.

Handling of confidential ruling comes in for judge’s scrutiny