Increasing commercial, societal and regulatory pressure has pushed workplace gender parity up the boardroom agenda like never before. For many CEOs, achieving a better balance is simultaneously mission-critical and unfathomable. How can leaders drive meaningful progress in such a complex area?

The academic case for workforce diversity has been made many times.

A survey of 366 public companies published by McKinsey in 2015 found that those in the top quartile for gender diversity were 15% more likely to have financial returns above their industry mean.

Similar research by Credit Suisse found that, in a survey of 2,400 businesses, those with at least one female board member yielded higher return on equity and higher net income growth than those who did not.

Despite the overwhelming - and burgeoning - body of evidence demonstrating the point, many organisations struggle to embrace the issue. Making potentially controversial changes with uncertain long-term results can seem unattractive amid the quarterly cycle of shareholder updates.

Where the promise of long-term opportunity has not been enough incentive for some, the looming shadow of short-term risk may yet change things.

The introduction of gender pay gap reporting in the UK - though not directly linked to promoting diversity as much as equality - shows the increasing willingness of policymakers to intervene with regulation.

Additionally, businesses with a poor record for gender diversity also face the downsides of damage to the corporate brand, an inability to meet the expectations of clients and customers, and growing problems with attracting discerning graduates.

In an era where talent has greater access to information about prospective employers than ever, an employer brand problem can hit the talent pipeline like never before.

Leading from the front

Recognising the need for change is one issue; responding to it effectively is another. This is particularly the case in an arena replete with false starts. Common themes for failure emerge.

Where change programmes do fail to deliver on their promise, typically the determining factor is the level of engagement of the Chief Executive and Board.

The reasons why gender diversity is vital to the business are not communicated, and others - such as an HR director or Head of Diversity and Inclusion - are tasked with ‘fixing the women problem’. As a result, gender diversity becomes a side-issue, and for some another management initiative they could do without.

Senior management must recognise that taking a lead in dealing with gender diversity is an issue which cannot be delegated. They must listen directly to women in the business and understand the barriers that are preventing them from achieving more senior positions. They need to take responsibility not for a short-term project, but for long-term programme to change a business culture that in most organisations typically favours men. 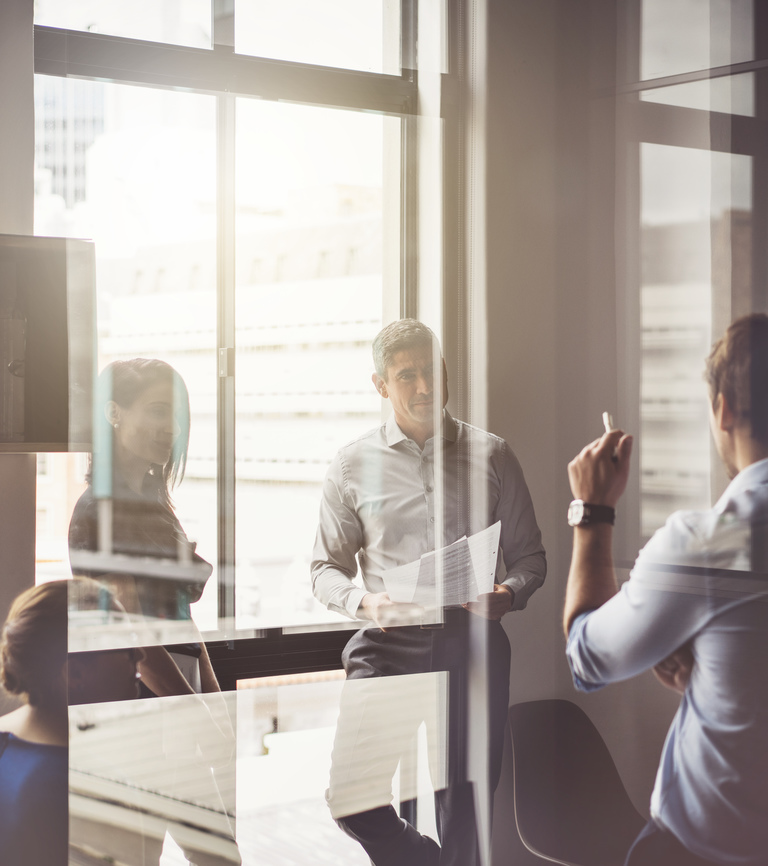 Gender progress as a KPI

Often success or failure can be distilled down to small but important distinctions. One is recognising the difference between mentoring and sponsorship.

Mentoring is clearly important in helping women into more senior roles, but sponsorship is an even more powerful driver. With sponsorship, managers have a responsibility to endorse individuals within the business.

Sponsoring puts the onus on the manager to actively promote the cause of their charge, rather than the more passive role of encouragement implied by mentoring.

Individuals within the organisation must be given responsibility for a colleague’s career path and be rewarded for helping them to achieve targets. A manager’s appraisal or key performance indicator (KPI) should take into account their ability to bring women into leadership roles.

This is especially important because women are in general less confident than men in putting their hand up for promotion. Studies have shown that men typically have higher self-esteem, especially in the West. Sponsors and managers should acknowledge this and take responsibility in bringing women to the start line.

A further distinction is the recognition that efforts to improve diversity are not only of benefit to women.

Too often the language of diversity programmes carry the subtext of 'helping women'.  This fails to recognise that effective programmes are about removing arbitrary impediments to progress that often impact women to a greater extent than men.

Men should have the same opportunities for agile and flexible working; they should be given the same flexibility to take on childcare responsibilities; they should be judged on the quality of their work and contribution to the business, not the number of hours in the office.

It is important that men in senior positions within the business are encouraged to align themselves with these principles and working practices - and evangelise for them.

In some organisations, this might mean a man leading a working group to improve family-friendly working practices. If a woman were appointed to this role, it would typically reinforce the stereotype that women are to take primary charge of childcare.

In other organisations, we have seen Chief Executives makes a specific point of working from home as much possible – and promote the fact with staff – to de-stigmatise flexible working.

Modern working practices - such as remote, flexible and agile working - need to be seen as organisational principles rather than special benefits for women.

The traditional language used in job descriptions is a classic example. Roles might be advertised as requiring 'competitiveness and strong leadership', attributes that may not immediately appeal to women, or capable men for that matter. So businesses should focus on a greater variety of traits including an appetite for collaboration, innovation and making a difference.

This is just one area in which HR departments will need to be engaged. Work will be required to develop objective performance measures which are not based on outdated metrics. Assessment processes that typically favour men will need to re-imagined and re-engineered. Cultures that disproportionately impact women will need to be identified and addressed.

Similarly, the language of employment terms and conditions may need to be re-aligned. There are few better examples of that than where employment contracts state the hours an employee is expected to spend in the office, without reference to how that impacts the individual's ability to do the job.

All these steps are required to engender trust, without which the technology is of limited use.

Take comfort from the fact that nobody has it right

One final note of caution is that there is no quicker way to erode that trust than allow complacency. Organisations which over-celebrate achievements and hide negative statistics often face the most significant reputational challenges down the track. While progress should be recognised, over-confidence can quickly give rise to an impression that there is no longer a problem. Few organisations can truly say that they have nothing left to achieve. Most can say there is still plenty of low-hanging fruit.