Fundraising by raffles & lotteries in Northern Ireland - A legal guide

In a recent high-profile case, a Co. Down GAA club organised a raffle with a house as a prize but had to cancel the competition over concerns it could be illegal. In the wake of that issue, a lot of people might presume that as long as prizes are not over a certain threshold, their fundraisers will not fall foul of the rules, but in fact there are multiple factors at play. The value of prizes, the cost of tickets, the amounts of tickets sold, even the age of those selling them are all relevant considerations.

James Griffiths, Senior Associate has said that many charities do not expect simple fundraisers to be categorised as gambling and regulated by such a restrictive regime.

The legislation under-pinning this area dates back to 1985, and whilst some issues around gambling were discussed during the tenure of previous executives, no significant progress was made. As the regulation of gambling is a devolved matter, these risks will persist until either the NI Executive is restored or the NI Secretary of State undertakes to progress legislation via Westminster.

This webinar aims to address the most common potential pitfalls when it comes to societies lotteries and the penalties for contravention, giving you a practical guide to staying on the right side of the law. 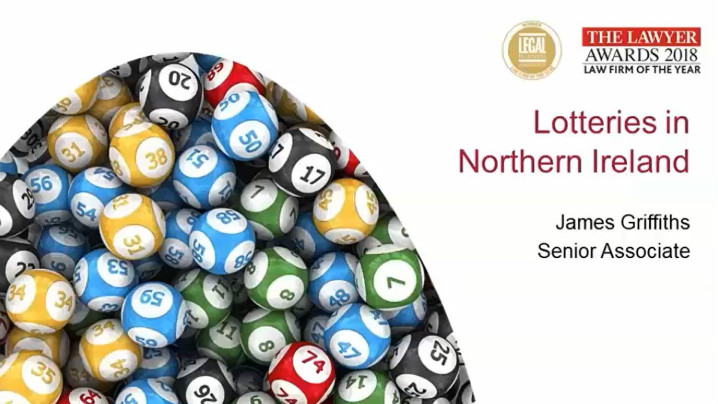 'Point of consumption' tax rate of 15% proposed for remote gambling