Industrialised construction is ‘already a reality’

The shift towards a model of industrialised construction will transform the industry, ensuring it is better prepared for future global economic, climate and cultural turmoil.

The Covid-19 pandemic has had a long-lasting impact on the global economy, further highlighting the precarious position of the construction sector. Industrialised construction methods can help contractors to make their ways of working more resilient, and there is growing evidence of their successful implementation around the world.

Mirvac is one of Australia’s largest property development corporations, and is known for its thriving residential communities, landmark offices and mixed-use precincts. Since its founding in 1972, Mirvac had approached property development as a ‘stick and brick’ exercise – but now, it has fully embraced modern methods of construction and prefabrication.

Prefabrication has delivered many benefits to Mirvac including faster programme schedules, less management of trades onsite, fewer safety risks and fewer overall risks. Another important benefit of prefabrication has been to reduce the amount of construction waste, which is a great step towards the company’s sustainability target of sending zero waste to landfill by 2030.

In a pilot at Tullamore in Melbourne, Mirvac built four houses using traditional construction methods and four identical homes using prefabricated wall and floor panels. Its aim was to test the value of using prefabrication in terms of time, cost, safety, quality and waste reduction.

The results were conclusive. The prefab programme was 23% faster than the traditional build, taking almost seven fewer weeks to complete. Labour hours reduced by 11% and significantly less material needed to be lifted or manually handled. High-risk work, such as scaffolding, reduced by 42%, meaning a reduction in health and safety risks.

The prefab build also eliminated six weeks of traffic for the local community, with fewer deliveries being made to the site. In addition, waste onsite was reduced by a staggering 50%, and air tightness for efficiency and comfort also scored well.

Buoyed by these efficiency and cost savings, and improved waste outcomes, Mirvac is now looking at how it can benefit further from prefabrication. Its next step is to continue to develop design for manufacture, logistics and assembly (DFLMA) principles, which means considering prefabrication in projects from the outset in order to fully leverage the benefits it brings.

For Mirvac, transforming the business has become a holistic exercise.

Building information modelling (BIM) and early engagement with stakeholders in design development is now standard for Mirvac builds. Unfortunately, in Australia, the state and federal governments are yet to agree a standard for BIM. This is a continuing challenge, and one for which Mirvac lobbies for a solution at the highest levels.

All subcontractors in Mirvac’s subcontract chains must use the company’s BIM models or else they do not get on site. For Mirvac, this is an occupational health and safety issue as much as a productivity issue. Everyone in the subcontract chain needs to understand how they fit into the new ecosystem, and how they interact with it. This feeds through the contractual risk allocation in its subcontracts.

Mirvac cannot afford to be exposed to logistical shocks like the March 2021 Suez Canal blockage, or industrial action at Australian maritime ports. It has embedded relationships with trusted partners, all of whom share in the logistical load to defray risk.

Mirvac has ‘onshored’ the manufacturing of certain components in Australia when the risk and cost of offshore manufacturing and shipping become too great – for example, the manufacture of bathroom ‘pods’. This has required investment in domestic factories, hiring and training local employees, and procuring manufacturing equipment.

Instead of only licensing the relevant intellectual property (IP), such as component tracking software, Mirvac sometimes buys it. The company board established an internal venture capital fund, to use to buy ‘seed’ companies with valuable IP. This M&A activity has allowed Mirvac to develop an integrated approach to all the dimensions of its BIM modelling.

Other volumetric and prefabricated construction in Australia

Lendlease constructed what is believed to be the world’s tallest engineered timber office building by gross floor area at 25 King Street, Brisbane using a refined version of the industrialised construction system it used on its cross-laminated timber Forte Apartment Complex project in Melbourne in 2012.

Under this system, prefabricated wood beams are imported from Europe and cut to size in a Sydney factory before being transported to the site in flat packs or modules. This has shaved several months off the construction programme and has led to cleaner and safer sites with no off-cuts or waste.

Head contractor Hickory is delivering a 60-level project at Collins House, Melbourne using industrialised construction methods which incorporate its own volumetric construction system as well as fast-tracked façade and fit-out delivery. This is going to cut an estimated 30% off the programme timeframe.

Industrialised project delivery in the UK

Recent projects in the UK have demonstrated the benefits of digital design, modular construction and offsite manufacturing.

The Advanced Industrialised Methods for the Construction of Homes (AIMCH) housebuilding project aims to deliver 120,000 homes for the same or less cost than traditional methods, built 30% quicker. It is a three-year project, which began in early 2019, and uses new digital design tools, manufacturing advancements and improved near-to-market offsite panelised systems on live housing projects. The project has the potential to impact on 35,000 homes being delivered by AIMCH partners across the UK each year.

HS2 Ltd, the company behind the UK’s planned new high speed rail line, has awarded a £260 million contract to design and manufacture the modular track system for the project to a joint venture made up of Porr UK and Aggregate Industries UK. The ‘Slab Track’ system involves the manufacture of concrete slab track offsite with the rails fitting once installed. This type of industrialised construction can reduce maintenance costs and improve performance in comparison to traditional ballasted track.

In May 2019, Kier began onsite work at a new resettlement prison in Wellingborough, Northamptonshire, after being awarded the £253m contract by the Ministry of Justice (MoJ). A core feature of the contract is to optimise how MoJ assets are designed, procured, delivered and operated through an industrialised construction approach.

Kier has brought together a diverse team to deliver a component-led approach to the project. The scheme incorporates repeatable, standardised components and assemblies across the 13 buildings on site. About 80% of the design has been standardised, leaving the balance as site-specific design. The component assemblies designed for Wellingborough will be used on future MoJ prison projects, leveraging economies of scale for the entire programme.

The Grange University Hospital is Wales’ largest capital project, a 450-bed specialist critical care centre. The developers sought to maximise the extent of the project manufactured offsite by adopting an industrialised construction platform approach. This delivered a measurable improvement in overall productivity, saving 42 weeks or 23% of the programme compared to a traditionally constructed project. 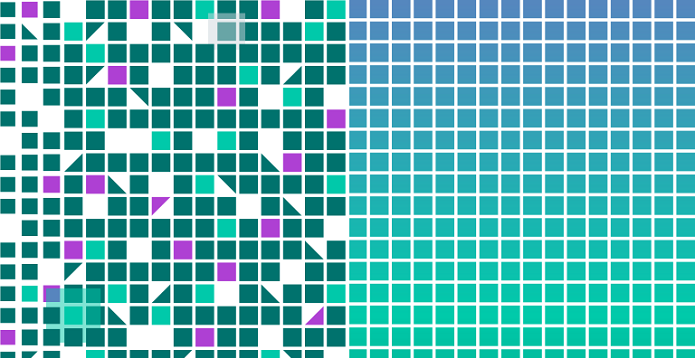