Though some legislation has already been passed to achieve greenhouse gas (GHG) emission reductions in the real estate sector, some measures have been short-lived while others do not go far enough. This has led industry to impose some standards of its own to accelerate the journey towards ‘net zero’.

Legislation: a brief summary and look at potential reforms 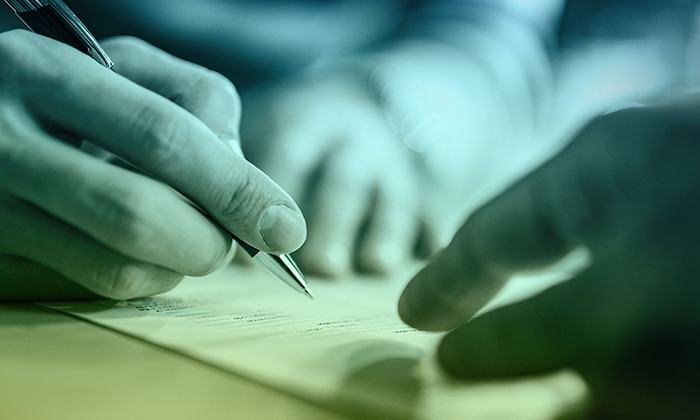 Legislation aimed at reducing carbon emissions in the sector began in around 2007 and has often been of limited effect and short lived, with one example of being the withdrawal of the CRC Energy Efficiency Scheme which targeted carbon reduction in heavy industries. This has prevented the certainty needed for investment in innovation in this area to thrive.

However, Energy Performance Certificates (EPCs) have come to provide a consistent basis for subsequent policy and legislative interventions and this is set to remain the case.

Building on the introduction of EPCs in 2007 and the Energy Act 2011, minimum energy efficiency standards (MEES) were introduced in England and Wales in 2015 and 2017 for the residential and commercial private rented sectors respectively. MEES provide as a minimum that rented buildings have EPC E ratings, subject to a wide set of exemptions.

Following the introduction of MEES there has been little further real estate specific legislative intervention, but with the adoption of the legally binding net zero target by 2050 in 2018 there are now clear signs that we should expect significant real estate specific legislative intervention over this decade. A series of government consultations and announcements over the last 18 months point to future reform. These include:

In March 2021 the UK government issued a long-awaited consultation on performance based ratings for energy use and carbon emissions for commercial and industrial buildings of over 1,000m sq in England and Wales. It proposes to introduce these in three phases commencing in 2022/2023 for offices, including mixed use buildings which are predominantly used as offices, with other commercial uses joining the scheme in phases two and three on a sector basis.

The proposals are for two types of mandatory rating: a whole building rating for owner occupiers or tenants of single let buildings and, a base build only rating for owners of multi-tenanted buildings. The consultation makes clear that the scheme will not require improvements in “in use” ratings but if these do not occur then further interventions will be considered.

The proposals grapple with the issue of the split incentive between landlords and tenants around energy efficiency improvements and include proposals for the performance rating system to replace the need for MEES compliance in the case of rented buildings over 1,000 m sq where landlords will be required to carry out the works required for an EPC B by 2030. This consultation also responds to the calls from the industry and the Climate Change Committee for a rating system for the actual and not the theoretical energy and carbon performance of buildings. The Scottish government is watching this development and the results of the consultation will no doubt inform its approach.

On the issue of new builds, in January 2021 the government issued its response to the consultation on the Future Homes Standard which centres on Parts L and F of the Building Regulations for homes in England.

Following further consultation on the technical matters, the government proposes to legislate in 2024 to tighten Part L to achieve a 75% to 80% reduction in emissions in new build homes in England compared to the current Part L, with an interim uplift from 2021 to achieve a 31% reduction in emissions and to ensure no new homes will be built with fossil fuel heating from 2025. The Scottish government is aiming to prevent new homes having fossil fuel heating from 2024.

At the same time, the UK government launched a consultation on the tightening of Building Regulations for existing and new non-domestic property and for existing homes when works are carried out to them. The plans envisage an interim rise in standards to achieve 27% emissions reductions by 2021 and to require “net zero carbon ready” buildings by 2025. The interim uplifts are subject to transitional provisions on an individual building basis.

Summary of proposals for England and Wales

The proposals in this suite of consultations for England will, if passed into law, address carbon and energy reductions in new builds and, for England and Wales, will increase the requirements to make improvements to rented existing buildings. They will also, through the performance-based rating system, achieve or provide a further platform to achieve the necessary improvements in energy by the most energy intensive owner-occupied commercial buildings. Whilst these proposals do not contain any mandated phase out of fossil fuel heating in existing buildings, it is expected that the long-awaited heat and buildings strategy will lay out policy on this issue.

In Scotland there are currently no minimum energy efficiency standards for the rented sector. For the private rented sector, minimum energy efficiency standards were due to come into force on 1 April 2020 requiring a minimum EPC E rating for new lettings from 1 October 2020 and for all lettings from 31 March 2022, tightening to EPC D over time, but these regulations have been postponed indefinitely due to the Covid-19 pandemic. The results from the consultation for improving energy efficiency in owner-occupied homes to a minimum of EPC C in Scotland were published on 5 February 2021.

Non-domestic buildings in Scotland are subject to regulations introduced in 2016 in addition to the EPC regulations. The assessment of energy performance in non-domestic buildings regulations requires an action plan to be produced on the sale or letting of a qualifying non-domestic property and the owner has two options either to carry out the recommended improvement measures specified in the action plan within 42 months or to report annual operational energy use. In practice, the annual reporting method has been favoured and this is not leading to the improvement in energy efficiency which the Scottish government hoped for. It is expected that additional proposals will be introduced for non-domestic property in Scotland in the near future.

One area where policy and law do not obviously support the drive for net zero carbon buildings is the UK tax system, which does not consistently encourage green investment in buildings.

Capital allowances do incentivise capital investment in commercial buildings, but the system does not distinguish between green and carbon intensive investment. Allowances are generally not available at all on expenditure within dwellings. The recently announced corporation tax super-deduction for expenditure before 1 April 2023 on new plant and machinery was not initially intended to apply to leased assets, but the government has indicated that this will change for buildings so that the potential 130% tax deduction will be an incentive to landlords to bring forward investment in energy efficient improvements to their commercial buildings. Again, however, this does not incentivise energy efficient investment over any other.

Leading industry players in the UK have also been adopting and publishing their own pathways to net zero, with many signing up to the Better Buildings Partnership’s (BBP’s) climate change commitment, which required their pathways to be published by the end of 2020 and for them to disclose progress against that pathway annually.

The BBP guidance encourages signatories to adopt a broad scope in their net zero pathways. This, it said, should cover:

It is clear from the published pathways of those that have signed up to this commitment that they have committed to inspiring and ambitious pathways which will have significant impacts on the way they develop, operate and manage their assets, the investment and funding decisions they make and on their choice of contractors and suppliers and the ways in which they contract with those.

The published pathways respect the “energy hierarchy” by adopting a fabric first approach and the Climate Change Committee’s view that the UK needs to increase the supply of renewable energy and reduce demand on the grid, both of which the real estate sector can achieve by implementing on-site renewables or purchasing off-site renewable energy through power purchase agreements.

Rather than wait for the government to introduce an operational use rating system, the industry has also developed a number of metrics to benchmark operational performance of buildings, the most widely used of which are the Real Estate Environmental Benchmark and GRESB. The BBP has recently launched a UK equivalent of the successful Australian NABERS building rating which provides building ratings based not just on the modelled performance of a building but also on the operational performance of a building. Initially this is designed for use for office buildings only.

However, if the real estate sector is to deliver the energy and efficiency savings required to meet the UK’s carbon budgets clear legislation is required. This would provide the certainty the industry needs to ensure the necessary skills and products are available at the required scale and give clear signals to the market about the direction of travel.