The Russian parliament is currently in the process of considering a draft law that, if enacted, would allow the state to take control of the assets of foreign companies which since 24 February 2022 have suspended business in the country.

The draft law on imposing external administration would enable the federal tax authority to apply to the Moscow Arbitration (Commercial) Court to appoint the Russian state development corporation, VEB.RF, or another organisation determined by an interdepartmental commission as an ‘external administrator’ for a company.

The initial period for external administration would be 18 months, but this is subject to automatic extension unless the foreign business reassesses its position and the federal tax authority applies to court – at the direction of the interdepartmental commission – to wind down the powers of the external administration, which in turn, may prove to remain indefinitely.

Affected companies include those where the controlling person or the owner of at least 25% of the organisation is a foreigner associated with ‘unfriendly’ states – including the UK and US. To be put into external administration, the company would need to be essential for ensuring economic stability, or protecting the rights and legitimate interests of Russian citizens in Russia.

While the draft law’s intention appears to be to include only organisations where the termination or disruption of activities could adversely affect the economic, social, humanitarian and environmental sectors in Russia, the list could be stretched to include almost any business operating in Russia before the invasion of Ukraine on 24 February 2022.

While the draft law’s intention appears to be to include only organisations where the termination or disruption of activities could adversely affect the economic, social, humanitarian and environmental sectors in Russia, the list could be stretched to include almost any business

Russia is already showing signs of nationalising Western businesses which have left Russia due to the war. On 16 May 2022 Renault sold its majority stake in car manufacturer Avtovaz to the Russian Central Research and Development Automobile and Engine Institute, while Renault Russia was sold to the city of Moscow – reportedly for one rouble each.

According to the draft law, external administration could take two shapes.

The first is the transfer of all or part of the company’s shares into a new Management trust organisation, which would exercise all shareholder rights apart from voting on the liquidation or reorganisation of the company, or changes to the share capital.

The second form of external administration would involve management powers being transferred to external management. This would see the suspension of powers of main organisation, duties under bankruptcy law, powers of attorney and any resolutions relating to liquidation. Dividend payments and payments to most creditors would also be suspended.

External management would be liable for damages incurred in the exercise of its powers only in case of intentional violation of Russian law.

The two types of powers would either gain effective control of the shares in the company, or supplant its directors.

The distinction is important because it affects the way the external administration will end up managing the day-to-day operations of the organisation. From experience, we are aware that Russian corporate law has a clear separation between the rights and powers of shareholders and executive bodies and does not allow for one to exercise the powers of the other.

A director, but not the board, acts as an extension of the company and creates and enforces rights and obligations on its behalf. A shareholder, or a person vested with the authority to act as a trust manager for the shares, cannot do that and needs to appoint someone as a director to exercise this sort of control.

It is clear that in respect of both types of external administration the draft law grants almost limitless powers to the state appointee to run the business, leaving no control for the foreign controlling person or the owner of the business.

When the main organisational powers of a company are transferred to external management, external management may invoke a mechanism whereby all assets – including property rights, all types of exclusive rights, all types of intellectual property rights, any obligations and debts, and valid and operational licences – would be transferred to a newly created company with the organisation as the sole shareholder.

The company’s shares would then be sold at auction, organised by the external administration, which also has priority buy-out rights. Foreign persons from so-called ‘unfriendly’ states would be unable to take part in the auction.

Any balance would be distributed to the company’s shareholders.

After the draft law is signed into the law businesses will be unlikely to be able to protect their rights through the domestic court system, making investor-state resolution routes the best, and probably the only, recourse for foreign investors

The provision related to assets substitution could be used as yet another mechanism to strip foreign companies of their assets in Russia.

However, it is worth noting that this mechanism is only available in circumstances when external administration assumes the powers of the main authority of target foreign businesses. Joint ventures with Russian companies where the foreign shareholder has pulled out would not be subject to this mechanism for as long as the external administration is implemented as a trust management of the foreign shareholder’s shares.

Although it remains difficult to predict how the proposed provisions will be complied with, the draft law appears to be another attempt by the Russian state to bully foreign investors and to prevent them from leaving the Russian market.

If a foreign business terminates, suspends or significantly reduces its operations in Russia, it may face a temporary – in the best case – hostile takeover of its operational facilities located in Russia. Compensation would be unlikely unless the business complies with Russian state demands.

It is likely that management of these assets would be entrusted to VEB.RF or its subsidiaries.

As VEB.RF is on many sanctions lists, including the UK and US, any connection will create issues for the owner of the business, shareholders, and related entities. Domestic sanctions legislation may also prevent foreign companies from coming back to Russia to assume control over their assets because the draft law requires the returning shareholder or controlling person to reimburse the expenses of the external administration, which in this case may be VEB.RF or its subsidiary, which in turn would likely be a breach of sanctions legislation.

How to protect your rights

After the draft law is signed into the law businesses will be unlikely to be able to protect their rights through the domestic court system, making investor-state resolution routes the best, and probably the only, recourse for foreign investors.

The proposed legislation appears to be breaching provisions of bilateral and multinational investment treaties, in particular in relation to fair and equitable treatment or of general customary international law obligations.

Each set of circumstances would need to be assessed on an individual basis. It is not yet clear how assets could be returned to investors, or how profits would be accumulated and released to foreign investors. This unreasonable interference, the deprivation or prevention of enjoyment of foreign investors’ property rights or the state actions that somehow diminishes the value of its investment likely to constitute  indirect or creeping expropriation and breach of bilateral and multinational investment treaties. The asset substitution mechanism that may be invoked by external management, by which a foreign company loses at first control over its assets and later assets, may constitute a direct expropriation which is in breach of bilateral and multinational investment treaties.

Generally, bilateral and multinational investment treaties do not stipulate standards of compensation for breaches of other treaty provisions, although tribunals usually have flexibility to determine the relevant method for calculating full compensation, depending on the facts of the case and the nature and extent of the loss suffered.

Given the fact-specific nature of potential causes of action, and the fact that tribunals too struggle with the complexities of damages, foreign investors who might take investor-state dispute resolution routes to protect their rights should be flexible and creative and ensure that the evidence related to their operations in Russia are preserved and secured. 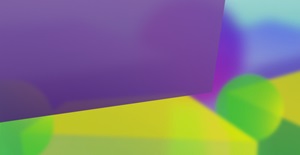