The case for a new independent anti-corruption agency to be established in South Africa is overwhelming, but core issues such as its structure, funding and mandate need to be carefully considered first.

There is a live discussion in South Africa over the role for any new agency after widespread and well-publicised corruption challenges in the country brought into question whether current law enforcement agencies are able to effectively tackle the problem.

The issue was recognised by the Zondo Commission in its inquiry into alleged ‘state capture’, but its extensive recommendations concerning the establishment of an independent anti-corruption agency merit some further thought.

In his report, Justice Raymond Zondo highlighted that for many years there has been an almost complete absence of corruption prosecutions by the National Prosecuting Authority (NPA). He specifically pointed out that under the Prevention and Combating of Corrupt Activities Act, the South African law reports show only one case having been brought under the Act since 2004. He made similar observations in respect of civil recovery of funds that have been misappropriated due to corruption, though some recent cases have been initiated by the Special Investigating Unit (SIU).

In diagnosing the potential contributing factors, Zondo identified certain systemic issues, particularly in relation to the public sector. The issues identified include:

Zondo has described 20 years of frustration and concluded with the following powerful statement: “Corruption has strengthened its hold and extended its hold on public procurement over a very long period of time. Clearly, a new approach is required; it cannot be the same mixture as before.”

Whilst Zondo has included a “mixture” of recommended reforms, he has concluded that the “starting point” of meaningful reform is the establishment of “… a single, multi-functional properly resourced and independent anti-corruption authority with a mandate to confront the abuses inherent in the present system”. In simple terms, Zondo has recommended that the government of South Africa establish an new independent anti-corruption agency called the Anti-Corruption Authority or Agency of South Africa (ACASA).

Zondo has not simply recommended the establishment of the ACASA, he has also given detailed guidance on how it should be established, structured and funded, as well as what the mandate of the ACASA should be. Core features of Zondo’s recommendations include:

What is the history of enforcement agencies in South Africa?

The idea of a single dedicated agency that comprises of multi-skilled resources dedicated to the investigation and enforcement against serious crimes is not new to South Africa.

The success of the Scorpions brought with it significant political opposition, especially given the frequency of investigations that targeted high-profile politicians and political parties, including the African National Conference (ANC).

However, the position changed at the end of 2007. The 52nd National Conference of the ANC, under the leadership of former president Jacob Zuma resolved to “dissolve” the Scorpions. This decision was implemented through legislative amendments drafted and passed in 2008, which were signed into law early in 2009.

As a result of the amendments, prosecutors from the Scorpions were absorbed into other parts of the NPA whilst the investigators were moved into the newly established Directorate for Priority Crime Investigation, also known as the Hawks, which falls under the South African Police Service (SAPS). This meant South Africa was left without a single dedicated agency and there has been an almost complete absence of corruption prosecutions, as observed by Zondo, since.

An enforcement agency that has displayed some degree of success during this period is the SIU. Features of the nature and function of the SIU worth noting include:

Should the South African government create the ACASA?

Zondo has put his finger on the crux of the current problem in South Africa, which is the lack of criminal or civil action against the perpetrators of corruption for more than a decade. Whilst Zondo does not draw the comparison in his report, the track-record of the Scorpions pre-2009 can be compared with the track‑record of the NPA and Hawks since then. We agree with Zondo’s conclusion that something has to change and that a new approach is necessary.

South Africa’s current enforcement structures have proven to be ineffectual in combating corruption. Whilst the reasons for this could be debated at length, there is obvious merit in creating a single independent well-resourced agency that is focussed on investigating and dealing with corruption.

The history of the Scorpions highlights the need for a truly independent anti-corruption agency. Without proper resourcing it would be impossible for such an agency to be effective. An effective agency needs to be well-funded and put in position where it can employ highly-skilled and competent persons who are able to effectively investigate corruption. Corruption matters are inherently complex and quite different from the types of crime that the members of the SAPS typically deal with. For this reason, specialised skills and infrastructure are needed to deal with corruption effectively.

There can be no doubt that the ACASA should be created and that this would represent a critical step in turning the tide against corruption. Whether or not Zondo’s recommendations on the structure, funding and mandate of the ACASA are the most optimal positions is, however, open to debate. There are many important questions that should be considered. These include:

If the South African government follows the recommendation to create the ACASA the anti-corruption landscape will fundamentally change for the better. We do, however, hope that the opportunity is not lost to create an effective and enduring force against corruption, and that core issues, including those we have identified above. are carefully considered by government in the process. 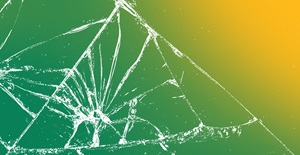 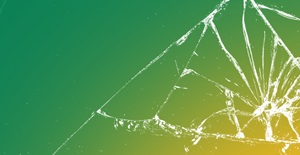 A High Court judge’s decision to set aside service of a claim over the claimant’s failure to provide “full and frank” disclosure is a timely reminder for clients and lawyers of their obligations around applications that are made ‘without notice’, according to one legal expert.