Share via email
Share via linkedin Share via twitter Share via facebook Share via whatsapp Share via print
LEGAL UPDATE: New Scottish insolvency rules will modernise the corporate insolvency process and bring the law into line with that in England and Wales. The changes to decision-making and communication are welcome. However, office-holders and creditors should ensure they are aware of their obligations so that nothing is missed – as the rules affect ongoing as well as new cases.

The corporate insolvency rules in Scotland change on 6 April, with two new sets of rules replacing the current regime for companies. They do not apply to limited liability partnerships (LLPs).

The 2018 Rules will replace the previous rules, except in some areas where the old rules will remain for transitional purposes. The 2018 Rules also enact the various changes made to insolvency processes by the Small Business Enterprise and Employment Act 2015 – for example the use of electronic communication and remote meetings.

The aims of these new rules are to consolidate and modernise existing legislation; improve creditor management, and reduce costs and remove unnecessary regulatory burdens.

The 2018 Rules are split into two separate sets because some insolvency processes are devolved to the Scottish government and some are retained by Westminster. Receivership is devolved; the liquidation process is a mixed-competence area, and the rest of corporate insolvency law including company voluntary arrangements (CVAs) and administrations are reserved to Westminster.

Some of the most significant changes relate to decision-making. Physical meetings are no longer the default position in order to seek a decision from creditors, with electronic means of communication being preferred. Final meetings of creditors and Section 98 meetings, where creditors decide to wind-up a company, have both been abolished.

The 2018 Rules introduce 'deemed consent' for proposals to creditors to Scottish corporate insolvency processes. This means that a proposal from an office-holder will be deemed to have the consent of creditors except when objections are received from 10% or more of creditors in value. A physical meeting may also be requested in order to consider a proposal if the request comes from more than: 10% of the creditors; 10 creditors, or those representing 10% in value. This is known as the 10/10/10 rule.

While this procedure can be used for most decisions – most likely in relation to the approval of an administrator's proposals – it cannot be used to approve a voluntary arrangement or an office-holder's remuneration.

Physical creditor meetings are no longer required, but can still take place if requested using the 10/10/10 rule. In the future office-holders will be able to seek decisions from creditors using correspondence, virtual meetings and electronic voting. However, the office-holder must provide all relevant information regarding access such as passcodes and telephone numbers if proceeding with either of these decision procedures.

Office-holders in England and Wales are still getting to grips with the new decision procedures, particularly virtual meetings. While third party providers have produced virtual meeting software, office-holders and creditors alike are still sceptical about their efficiency and reliability in certain cases. At present we understand that electronic voting is not being used in England which we believe is due to technology limitations, so it is not expected there will be a large uptake in this procedure immediately on the 2018 Rules coming into force.

The 2018 Rules encourage greater use of electronic communication. Office-holders can now use email and websites to communicate with creditors, which will alleviate some of the administrative burden when dealing with large numbers of creditors.

Emailing creditors is now a deemed method of communication for office-holders where those creditors communicated with the debtor by email prior to their insolvency. This deemed consent can only be revoked on the withdrawal of consent of the creditor. This provision will apply to all insolvencies commencing from the 2018 Rules coming into force on 6 April. Under the 1986 Rules, office-holders could only communicate with creditors by email with their actual consent.

The 2018 Rules permit office-holders to use websites to deliver documents throughout an insolvency process. On providing an initial notification to creditors that this is their intention, along with providing the relevant website details, an office-holder may upload documents without any further notice to creditors. This will save office-holders time and money, but creditors should also check the website regularly to ensure they do not miss anything.

Creditors may opt-out of communications from office-holders under the 2018 Rules, subject to some exceptions – for example a notice of distributions or change of office-holder.

The statutory forms previously used in many forms of insolvency process have now been abolished, and replaced by "prescribed content" for forms and notices. Third party providers have drafted forms under the England and Wales Rules, so it is envisaged that these forms will be amended to reflect the equivalent Scottish provisions. Nonetheless, creditors should review any documents they receive from creditors or office-holders as they may look different to the statutory forms they are used to.

An office-holder is now entitled to treat claims of £1,000 or less as proved, meaning creditors do not need to submit a formal statement of claim. This change will be welcomed by smaller debtors in insolvency proceedings who may have found the cost of engaging in insolvency processes as outweighing the benefit of any dividend.

In the adjudication and payment of these claims, office-holders can rely on the information contained in the insolvent company's statement of affairs or company accounting records – as long as a creditor does not advise that the sum noted is incorrect or not owed. However, if a creditor wished to participate in a decision procedure, they would still be required to submit a statement of claim.

A number of other important changes introduced by the 2018 Rules include:

The 2018 Rules bring Scotland into line, as far as possible, with England and Wales. They bring about immediate changes to the conduct of insolvency practitioners and administration of cases, both existing and new. There are savings provisions within the regulations to cope with overlapping procedures, so these should be carefully reviewed to ensure that the 2018 Rules are not erroneously applied when the 1986 Rules continue to be in force.

To assist with the transition, the Accountant in Bankruptcy has published a table of destinations for both sets of the 2018 Rules.

After some initial headaches, the 2018 Rules will certainly make life easier for practitioners dealing with appointments on both sides of the border, and those already familiar with the procedures in England and Wales will have a significant head start.

The England and Wales Rules have extended their remit to now include LLPs, and hopefully the 2018 Rules will follow suit. A number of cases have been heard on the requirement in the England and Wales Rules to put the time and date of the appointment in a notice of appointment of administrators. That issue appears to have now been resolved and Scottish practitioners will be able to follow those cases when interpreting identical provisions in the 2018 Rules.

While larger firms of insolvency practitioners will be well on their way to having updated internal processes and standard documents in place, smaller firms will also have to ensure their template advice notes and documents are updated to ensure any compliance risk is mitigated.

Kevin Mulligan is a restructuring expert at Pinsent Masons, the law firm behind Out-Law.com 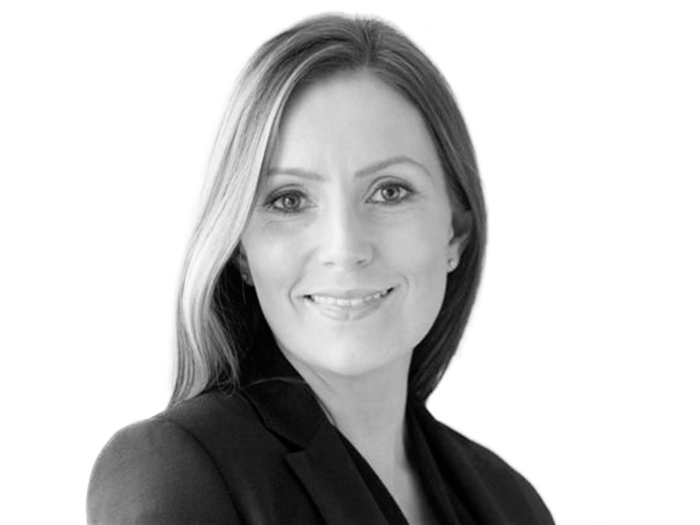