The UK Competition and Markets Authority (CMA) has launched a review of competition in the fuel retail market, following a request by business secretary Kwasi Kwarteng.

It comes after Kwarteng wrote to fuel retailers last month and called on them to do “everything possible” to ensure that drivers are getting a fair deal. Earlier this week, he asked for the CMA’s advice on the extent to which competition has “resulted in the fuel duty cut being passed on to consumers, and the reasons for local variations in the price of road fuel.”

In its response (1-page / 115KB PDF), the CMA said global factors such as the war in Ukraine were the “principal drivers” of recent fuel price rises but agreed to carry out a “short and focused” review of the market – including geographical factors and localised competition. The regulator said it would “engage with industry stakeholders and motoring organisations” to gather “solid evidence” for its analysis.

The CMA’s initial report, set to be published on 7 July, will provide advice to government on steps that might be taken to improve outcomes for consumers across the UK. The CMA Board will then consider whether further work, such as a market study, may be necessary. The regulator urged anyone “with evidence of business cartels or other illegal anti-competitive behaviour” to come forward.

Alan Davis, competition law expert at Pinsent Masons, said: “This intervention aligns with the CMA’s strong focus on tackling the cost of living crisis, which has been exacerbated by the ongoing Ukraine conflict. In 2013, the CMA’s predecessor, the Office of Fair Trading, scrutinised the UK’s petrol and diesel fuels sector and did not find significant competition concerns. The upcoming CMA review will be a narrow and truncated exercise, to be completed in less than four weeks rather than the usual one-year timeframe for market studies conducted under the Enterprise Act 2002.”

Davis added: “BEIS has pledged that its resources will be ‘fully available’ to the CMA so it can ‘have access to the best possible up to-date information and analysis’ to inform the CMA’s advice. The short timeframe may, however, place significant pressure on stakeholders required by the CMA to provide information as part of the review. The CMA will also need to ensure that procedural safeguards are observed despite the expedited nature of the review.”

Competition authorities in other European countries, including Germany, are also focusing on escalating fuel prices. 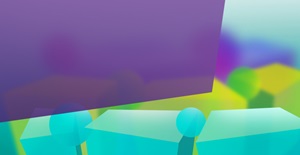