Anne Sammon tells HRNews how the FCA has left decision-making in the hands of companies, which may present a challenge 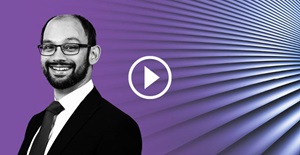