In a long awaited decision the County Court, sitting in the Upper Tribunal, found that rent payable by Vodafone for its tenancy of a telecoms mast site near Stockport was to be higher under the 1954 Act than it would have been if it had been determined using the Electronic Communications Code principles.

Property litigation expert Alicia Foo of Pinsent Masons, the law firm behind Out-Law, said the judgment will feel like a win for the site’s landlord, with the rent ultimately being determined by reference to historic pre-Code comparables.

Foo said that the judge considered that Vodafone’s valuer had failed to take into account the open market assumption of demand for the site in section 34 of the 1954 Act, and the Court found that such demand was a feature of the hypothetical negotiation and had ability to push up rents.

Vodafone signed a five-year lease for the site in 2008 at a peppercorn rent, paying a premium of £10,000. It entered into arrangements with three other operators to share the use of the mast. The tenancy was continued in 2013 under the terms of the 1954 Act until the then-owners of the site terminated the tenancy.

The following year, Vodafone claimed a new tenancy of the site under the Landlord and Tenant Act. The owners applied for the determination of interim rent which would be payable until the commencement of the new tenancy. Any rights conferred on Vodafone when the new tenancy begins will be Electronic Communications Code rights, although renewal of the tenancy created by the 2008 lease will take place under the 1954 act.

Vodafone and Hanover Capital, which now owns the site’s freehold, agreed an interim rent of £6,750 a year, payable from 6 June 2017, before the Electronic Communications Code came into effect.

Recent decisions of the Upper Tribunal (Lands Chamber) determined that an operator in occupation of a site and having rights to seek a new tenancy under the 1954 Act cannot make use of the Code to obtain a new agreement from the Tribunal.

Before assessing the rent, the Court dealt with an outstanding dispute about the term of the renewal lease and Vodafone's break rights. Vodafone sought a three year term and a six month rolling unconditional break, whereas Hanover pushed for a 10 year term with a mid-term break.

The judge rejected Vodafone’s attempts to negotiate a short tenancy term or an unconditional break clause. In order to strike a balance between the operator's commercial needs and the landlord's interest, he said the term of the new tenancy should be one of 10 years, with a break clause exercisable on six months’ notice expiring on the fifth or subsequent anniversary of the term.

The judge said that operators, including Vodafone, have commonly entered into new Code agreements with break clauses exercisable only after five years. He said this would sufficiently enable Vodafone to modernise the agreement to enable it to upgrade its equipment with the development of new technologies.

Both parties agreed that the rent payable under the new tenancy was to be valued in line with section 34 of the 1954 Act. But the Court said that the existence of the Code, and the willing tenant's rights under it, were to be taken into account in the hypothetical negotiation.

The Court found that a strict 'New Code' approach would have produced an annual rent of £2,250 a year. However, the Court took the view that where there was evidence of site sharing, the result of the competitive bidding process in the hypothetical world would result in the willing tenant being prepared to pay sums commensurate with historic pre-Code comparables.

The Judge seemed to accept the evidence of Hanover's expert that there was no evidence of softening of the market and so after stripping out elements of any inducement, it assessed an open market rent of £5,750 a year.

Property litigation expert Pierre Smith of Pinsent Masons said that where there is evidence of competition for the site, the valuer must take account of the ability for demand to push up the rents, but that that need does not arise when there is no such demand.

"The conclusion that the site in question would be of interest to multiple operators was a key factor in the Court's decision," said Smith. "However this may, in certain cases, be inconsistent with what actually happens in reality and the Court expressly acknowledged that sites without such competition may be negotiated against the background of the Code's no network assumption and the value of the site to the owner."

Foo said the case, while only a County Court decision, "would provide useful insight into rents to be determined under section 34 of the 1954 Act in certain cases, but would have limited significance on how to approach a 'pure Code valuation'".

The case is the first known County Court case to be heard regarding the interaction between the Electronic Communications Code and the 1954 Act in unopposed lease renewals. Vodafone might appeal the judgment, joining several other cases awaiting appeal on Code issues. 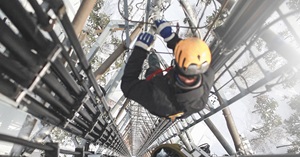