Businesses should expect significant reshaping of financial services regulation in the UK if draft legislation prepared by the UK government takes effect, an expert has said.

Josie Day of Pinsent Masons was commenting after the Financial Services and Markets Bill was introduced into the UK parliament on Wednesday.

The Bill is wide-ranging. Among the most notable provisions are proposals that would enable the government to revoke, and restate as it deems appropriate, a raft of financial services legislation that has its roots in EU law and which was retained in UK law at the time Brexit took effect.

The government intends to replace many of the requirements currently outlined in legislation derived from EU law with updated requirements that are built into regulatory rulebooks overseen by UK regulators, such as the Financial Conduct Authority (FCA) and Prudential Regulation Authority (PRA). The regulators would be granted new powers to account for this change, under the proposals. The proposals, if implemented, would support the government in pursuing its aim of streamlining financial services regulation post-Brexit, alongside its plans to amend the ‘Solvency II’ regime that applies to insurers.

To accompany these proposed reforms, the government has also proposed new duties on the regulators to keep their rules under review and to respond to specific recommendations the Treasury may make for reform. The Bill also makes provision for a new framework for designating activities related to financial markets as subject to the scope of regulation. It includes plans to enhance the powers of the Treasury in selecting activities for designation.

A recalibration of the statutory objectives and principles that guide the activities of the regulators has also been proposed. This includes plans to require the FCA and the PRA to provide greater focus on medium to long-term growth and international competitiveness, as well as have regard to the UK net zero emissions target.

Josie Day said: “The Bill takes forward a range of initiatives at both the wider market and regulatory procedure level, fleshing out regulatory process requirements for UK financial services regulators. As foreshadowed by the FCA in its three-year strategy, there is provision for amending the existing Financial Services and Markets Act to give the FCA the secondary objective of advancing the UK’s international competitiveness and growth. We can expect to see additions to what the FCA refers to in its strategy as its ‘topline outcomes’ if FSMA is amended in this way. A similar provision would apply to the PRA.”

“The proposals for both the FCA and PRA to align their functions to the UK’s net zero emissions target chimes with the government’s wider greening finance strategy and initiatives both regulators are pursuing already. The Bill contains a duty for the regulators to keep rules made under the new Act under review, have a policy for doing so, and empowers the Treasury to require the relevant regulator to review such rules where this is in the public interest. This would cover new rules FCA proposed in respect of access to cash, for instance,” she said.

The draft legislation provides for a new statutory oversight regime of wholesale cash distribution in the UK, amidst concerns over access to cash across communities.

These proposed measures contribute to the impression of more points of contact being formally established between regulators in the sector – both among themselves, as well as their increasing connectivity and interaction with the government

Other provisions in the Bill would also, if implemented, subject the UK’s financial services regulators to additional accountability and transparency requirements.

Under these proposals, the FCA’s Listing Authority Advisory Panel and the PRA Practitioner Panel’s insurance sub-committee would be placed on a statutory footing, while both regulators would also be required to set up their own respective Cost Benefit Analysis Panel to inform their consultations on proposed regulatory reforms. The regulators would also have to provide statements of policy on how they prepare consultation cost benefit analyses, and each would further need to prepare statements of policy on the appointment of members to their statutory panels. A new requirement for the regulators to include information in consultation on how they have engaged with stakeholder panels is also proposed.

Day said: “Other provisions amplify how the regulators are to respond to recommendations from Treasury and in respect of their public consultation processes. For this the FCA will need to provide information on engagement with its statutory panels and those of the PRA or the Payment Systems Regulator and notify the Treasury Committee of the House of Commons. Similar provisions apply to the PRA.”

“These proposed measures contribute to the impression of more points of contact being formally established between regulators in the sector – both among themselves, as well as their increasing connectivity and interaction with the government. This perhaps paves the way for a post-Brexit regulatory regime that reflects the government’s vision.”

One of the major areas of change that the Bill provides for is the establishment of a new ‘critical third parties’ (CTPs) regime in UK financial services, under which some service providers to financial institutions would be designated as subject to direct regulation by the FCA, PRA or Bank of England.

We expect the regulators to focus on major cloud providers that have pushed into the financial sector, and also those that support financial market infrastructure

In June, the Treasury published a policy paper on CTPs that provided insight into how the new regime would operate and into the nature of regulatory requirements CTPs could face, which could include minimum standards of resilience and rigorous testing obligations. The Bill contains the proposed legal framework under which the CTPs regime would operate and includes provisions addressing regulators’ information gathering and investigatory powers and their powers to censure and discipline CTPs for non-compliance. Further detail on the rules CTPs could face have been published in a separate new discussion paper published jointly by the regulators.

Angus McFadyen, who specialises in the application of technology law in financial services, said: “The powers conferred upon the Treasury, PRA, FCA and Bank of England are significant and broad. They establish a basis for powerful rules to be set through further work of the Treasury and the regulators on what is required of what will be a small number of designated critical third parties. We expect the regulators to focus on major cloud providers that have pushed into the financial sector, and also those that support financial market infrastructure.”

“Given that non-compliance with the regulators’ rules could mean being blocked from servicing any UK financial services sector client, including by requiring all existing contracts to be terminated, it is clear that the critical third parties are going to need to take this very seriously,” he said.

“In parallel with this we have the final form EU DORA rules being voted on at present – we’ll be looking closely at alignment of the regimes but, at present, the details of the UK regime are far thinner than those of the EU,” McFadyen said.

A suite of other reforms is also provided for under the Bill. These include planned reforms to the UK’s wholesale capital markets regime, draft new rules to support insurers in financial difficulty, a planned new regulatory framework for so-called ‘stablecoins’ in the UK, and a new regulatory ‘gateway’ through which authorised firms must pass to approve the financial promotions of unauthorised firms.

A new financial markets infrastructure sandbox to enable the role for innovative technologies, such as distributed ledger technology, to be explored in a light-touch regulatory environment is also envisaged.

“The Bill includes provisions that would amend the UK Securitisation Regulation to introduce a new equivalence regime for non-UK ‘Simple, Transparent and Standardised’ (STS) securitisations,” McCaw said. “This means that STS securitisations involving non-UK parties can be recognised in the UK providing the Treasury has designated the relevant jurisdiction as having an STS securitisation framework equivalent to that of the UK. This would allow certain UK institutional investors to benefit from the preferential capital treatment for their investments in those securitisations.”

“Currently, only STS securitisations with an originator or sponsor established in the UK are eligible for this treatment, though the UK Securitisation Regulation also provides for temporary recognition of EU STS in the UK. The Bill’s provisions would mean UK investors have access to a potentially wider pool of STS securitisations, promoting liquidity and supporting the international market for STS securitisations,” she said. 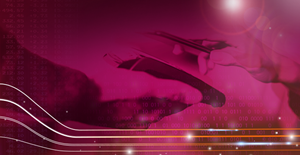