Short-termism risks developers being left with a portfolio of developments which will not be able to achieve their own climate change targets or the UK’s 2030 and 2050 sustainable and net zero targets.

COP 26 is already starting to feel like a long time ago. The war in Ukraine, growing inflation, shortages of supplies and labour in the construction market and the increasing cost of energy across the board is making developers re-evaluate new developments without even considering making these developments sustainable to achieve net zero targets.

Contractual and procurement solutions are available to support developers reduce carbon emissions in their developments and work with others to do so in a cost-effective way.

Whilst the 2015 Paris Agreement signalled a global willingness to tackle climate change and further commitments were made at COP 26 in Glasgow last year, there are gaps between countries’ pledges and the detailed plans required to meet those pledges. 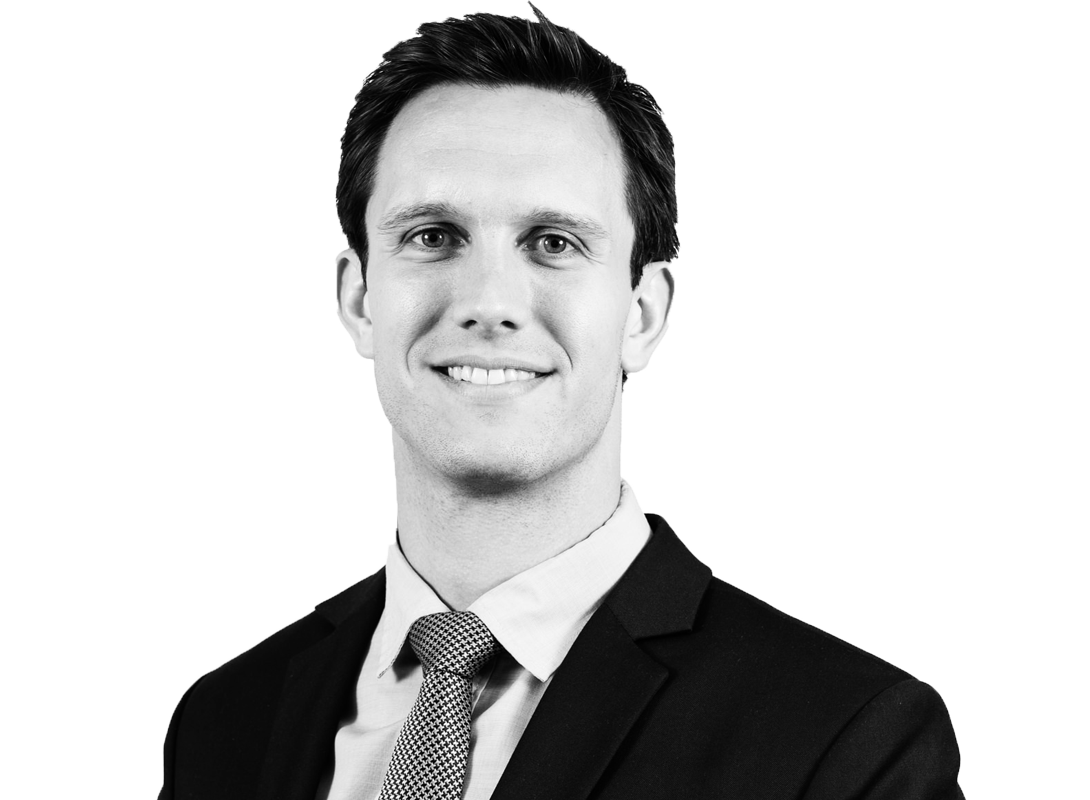 Existing UK regulation has so far been focused on improving the energy efficiency of buildings, although policy and regulatory gaps remain on owner occupied property. There is currently no legal imperative for UK developers to switch to low-carbon materials or methods of construction. An attempt to introduce a new Bill to require the whole-life carbon emissions of buildings to be reported and to set limits on embodied carbon emissions in the construction of buildings was withdrawn earlier this year.

The reasons to act now

Despite the other urgent issues which the UK government and businesses are grappling with there are reasons for developers to act now to reduce embodied carbon.

Many have set their own net zero targets and to achieve these will require action on embodied carbon. Many are already reporting – and most in due course will be required to report – their carbon emissions including their ‘Scope 3’ emissions which will include emissions from the embodied carbon in their developments. Their customers will increasingly be subject to similar requirements. If, as seems likely, whole life carbon assessments become mandatory these are likely to drive a much greater focus on the need for net zero compliant developments. A key question remains on how soon such carbon assessments are likely to become mandatory, as this is likely to be a real prompt to a change in behaviours.

There are also financial risks in not making developments sustainable. With pressure growing on lenders and investors to align their financial support with businesses committed to reducing emissions, developers that fail to do so will likely limit their access to capital on the best terms. There is also the likely risk of a carbon tax in time. A net zero aligned tax system with loss of taxes from fossil fuels makes such a tax more likely.

In a recent report, the Environmental Audit Committee of MPs warned that the legal targets for reductions in emissions which the UK has set both up to 2030 and to 2050 cannot be met without regulation of embodied carbon. It highlighted that the UK built environment is responsible for 25% of the UK’s greenhouse gas emissions and that the UK is falling behind in dealing with embodied carbon emissions. Other European countries, such as the Netherlands, France and Scandinavian countries, as well as the US, have introduced, or are introducing, regulation of embodied carbon.

The report’s main recommendations echo calls from across the industry, which has been consistently ahead of the government on this issue

The Committee’s main recommendation was its call on the UK Government to introduce regulations, by no later than December 2023, mandating whole-life carbon assessments for buildings with a gross internal area of over 1,000 sq m or which create more than 10 dwellings, followed by progressively ratcheted carbon targets for the built environment which should match the pathway to net zero and the periodic carbon budgets set under the 2008 Climate Change Act.

It recommended use of the RICS Professional Statement on Whole Life Carbon Assessment as the basis for a nationally approved assessment methodology and amendment to the Building Regulations and to national planning policies as the mechanism for requiring whole-life carbon assessments.

According to the Committee, in the absence of any regulation of embodied carbon or for mandatory whole-life carbon assessments there are insufficient incentives to reduce the embodied carbon of building projects and hence for product manufacturers to develop, or for developers and designers to use, low carbon or recycled materials. Among its recommendations, it called on the government and local authorities to explore ways to facilitate the re-use of steel components, recommended that the use of timber be mandated for new public buildings, and said a new national database should be established to support the sourcing of low carbon building products.

The report’s main recommendations echo calls from across the industry, including in the UK Green Building Council’s net zero whole life carbon roadmap and the construction industry’s proposal for ‘Part Z’, which has been consistently ahead of the government on this issue.

Buying more sustainable building materials to replace the ones currently relied upon, if done in isolation, will be more expensive. However, significant sustainable source savings can be made through the design process and in procurement before a shovel enters the ground. This can maximise carbon savings on a building over its whole lifecycle and protect developers against liabilities that might arise under any future carbon tax.

Commonly, contracts between developers and designers or contractors do not provide incentives for innovation in this area. For instance, the contract could incentivise hydrogen-powered energy systems, the use of timber frames rather than structural steel, and the installation of solar panels on rooftops, in new developments. That approach could lower the embodied carbon in projects and improve energy efficiency over the building life.

One of the reasons for the absence of contractual incentives on carbon is the lack of availability and reliability of data on carbon use or the environmental performance of building materials. Increasingly, though, software is enabling the collection of carbon data and, in time, it is hoped that data standards and increased data sharing will drive greater understanding of, and more confidence in what that data says. This will allow developers and contractors to include set targets for embodied carbon and whole life carbon for a development, with bonus incentives for contractors to outperform the target and damages provisions for failing to achieve the target.

The Environmental Audit Committee recommended measures to increase the range and availability of low carbon building materials, including a national database of environmental product declarations, which set out the environmental performance of a material and which some European countries have introduced, as well as a system for the storage and cataloguing of used steel components, and research on the use of structural timber.

We know from working with real estate businesses that have embraced a more sustainable approach that it has taken them time to build the technical know-how and experience to deliver low carbon developments. Getting to this stage is not something that developers can achieve over the course of a single development. However, through organisations like the UKGBC there is now a move towards sharing this information across the industry.

Given the evolving legal and financial landscape, developers should be approaching new developments with a commitment to assess and minimise whole life carbon and a ‘net zero’ position in future.

There are contractual mechanisms in place to help developers make this transition.

Pinsent Masons has been involved with The Chancery Lane Project, which aims to use the power of contractual clauses to address climate risk. ‘Tristan’s Clause’ is one of the specific projects we’ve been working on, which seeks to incentivise businesses involved in construction projects to use more sustainable materials and, in due course, whole life carbon assessments. It will make provision for rewarding contractors that deliver in lowering carbon emissions over a building’s projected life, and for penalising those that do not.

We know many contractors are already taking major steps to redesign for reducing carbon emissions where possible. Developers can ensure this is done at the outset of projects through pre-construction service agreements, which give them scope to input into the design of a development and set carbon emissions targets.

Similarly, rather than considering each development in isolation, developers should consider the reduction in carbon emissions across their whole pipeline of developments and existing portfolio. A framework agreement can be established to govern multiple projects and drive the sort of data collection across developments that can help developers obtain a wider understanding of how effectively they are reducing carbon emissions.

Framework agreements should set out shared partnering objectives and indicators and provide for a way under contract to assess, manage and reward collaborative behaviour in reducing carbon emissions and achieving net zero.

We are not yet seeing carbon targets being included in individual contracts or wider framework agreements, or if they are these are being set out as ambitions rather contractual requirements. Developers and contractors alike should be considering setting carbon targets and then flowing these down their supply chains through their appointments, contracts and subcontracts. The best way to achieve this is to involve contractors during the design phase as early as possible, most likely through a pre-construction services agreement, so that the whole life carbon emissions of the development are designed to be minimised before construction begins.

Developers who do this now are not only doing the right thing in the context of the climate emergency – they are also, given the lead in time of developments, future-proofing those developments against likely regulation mandating whole life carbon assessments and reductions in embodied carbon, possible carbon taxes, less preferential finance rates and possible adverse capital value consequences.