Many of these have been developed and piloted, but have yet to have been properly commercialised at scale. There are signs that some of the technologies could become widespread soon.

One of the biggest changes in the energy market in recent years has been a move towards more decentralised generation of electricity – the National Grid sources a greater proportion of the UK's energy from renewables, such as wind, wave, solar and tidal.

The renewables industry in the UK, however, has faced the challenge of reductions in subsidies, with providers in many cases moving to diversify their business and change their business models to remain viable.

One of the areas where there has been diversification is in the emergence of combined solar and battery storage schemes.

With solar panels, property owners are able to power their homes and businesses by harnessing the warmth from natural sunlight. However, like other renewable energy sources, the level of power generated is inconsistent – the sun only shines during daylight hours, meaning properties often need to source power from the Grid in hours of darkness or when the weather is poor. Even if excess energy can be supplied to the Grid for it to distribute the terms of those arrangements can be unattractive.

Combining solar panelling with battery storage is a game changer. Instead of only being able to benefit from solar power when the sun is out, property owners have a range of options for the stored excess energy.

Property owners can use the battery to store the power captured by their solar panels and discharge that power at times of need – for many, mornings and evenings are when appliances in the home are most commonly used, for example. This enables those with solar and battery solutions installed to be self-sufficient in terms of their energy needs and consumption. When energy is needed it is pulled from the battery rather the Grid, thus reducing energy bills.

The technology can not yet be described as well established in use, but in the UK we are seeing a concerted plan to rollout combined solar and battery solutions across many housing associations over the next 12 months. Developer Anesco has built a solar farm without public subsidy, saying that the presence of a 6MW battery allowed the facility to be built without public funds.

There are a variety of different commercial models in use to support combined solar and battery installations.

In some cases property owners are encouraged to invest in the technology through the use of feed-in-tariffs (FiTs), which allows them to receive payment for generating their own electricity.

There are also 'free-to-install' models being developed, where providers essentially recoup the money they outlay in installing the technology by charging property owners to extract power from the battery. The rates charged are designed to be more attractive than what the property owners might face by sourcing power from the Grid.

Similarly, some businesses are choosing to follow the funding model provided for in the 2011 Energy Act with the Green Deal. Under this model, the solar and battery solutions can be installed for free but the providers recoup their investment through charges added to the electricity bill for the property. With this scheme, the debt to be repaid sits with the property rather than its owner or occupier

While most of the solar and battery solutions at the moment are typically small-scale projects, one company in Germany is exploring more ambitious plans for the combined technologies.

Sonnen, which manufactures batteries, is looking at the potential for properties to buy and sell power stored in their batteries to one another.

The company has already outlined its vision for so-called 'virtual power plants' where excess power stored in its batteries is aggregated and then sold to the Grid or to neighbouring homes or businesses.

Policy and regulation will have to adapt to accommodate these potential new retail scenarios.

The wind may not always blow strongly, and the sun may not always shine. This inherent inconsistency in renewable power generation presents a challenge as buyers seek a regular stream of power. The uncertainty can affect the price of power and require a major utility to stand behind the power purchase agreement and guarantee levels of supply.

However, many renewables firms are now looking to take advantage of advancements in battery storage technologies to capture energy generated from wind and solar farms and distribute it at a more constant level, so as to avoid the need for a guarantor and boost the price they can charge.

Battery storage technologies are seen as vital to help Germany balance its energy network as the country moves towards a future without nuclear power. As part of the German government's response to the Fukushima disaster in Japan, and its broader move to deliver 60% of the country's energy from renewables sources by 2035, all nuclear plants are due to be shut down in Germany by 2022.

The smarter energy market is likely to be boosted by the push towards the electrification of vehicles.

Recently a raft of major car manufacturers, including Volkswagen, Jaguar Land Rover, Volvo and Daimler, committed to different deadlines over the coming years for developing electrified versions of their vehicle models.

The commitments follow pledges by some governments around the world to ban the sale of new petrol and diesel cars in future – by 2040 in the case of the UK and France.

Some electric cars are already on the roads today, but adoption has been limited by the fact it currently costs more to buy and run an electric car than equivalent petrol and diesel models, as well as by limitations in battery life which means the vehicles are restricted in how far they can travel between recharges.

This is set to change, though, as the push towards electrification will see greater competition in the market, which should help to drive down costs, and additional investment in the development of new improved battery storage technologies – advancements are being made all the time.

Full electrification of vehicles is likely to be decades away, however, and the speed of transition will depend as much on investment in infrastructure – notably new charging stations – as it will on advancements in technology. Motorway service stations, for example, will need to be retrofitted, but in a classic case of chicken-and-egg, that infrastructure is only likely to be updated if the electric cars market grows big enough to justify the market, and the markets internationally for the cars themselves will only grow if the infrastructure is there to support their use.

There will be a tipping point where the cost of developing electric vehicles falls below petrol and diesel models, and this will accelerate the transition in the market.

In the smarter energy market, electrification of vehicles will create many opportunities.

On charging, for example, there is scope to improve the speed at which electric car batteries can be recharged to make the process more convenient and more equivalent to the time it takes to fill a vehicle with petrol or diesel. So the next step in the technology is the rollout of high-speed charging units. The technology is already available but it has not yet come into widespread use because of the high costs involved and because there are not yet sufficient numbers of electric vehicles on the roads to make it work economically.

Some businesses are looking into combining electric vehicle charging with solar technology. In future, for example, it might become common for car ports to be fitted with solar panels to channel the power of the sun into charging the vehicle situated underneath.

The batteries installed in vehicles could also act as a source of energy to the grid when those vehicles are sitting idle, such as overnight at an owner's home. There are already small scale projects in the US and Netherlands exploring the potential of the 'vehicle-to-grid' (V2G) model.

In isolation, there will not be enough energy stored in one car battery to make it worthwhile to set up the processes for channelling that energy back to the grid, but schemes aimed at aggregating battery power from multiple vehicles are being examined by businesses such as Nuvve. To encourage participation in such schemes, consumers might be rewarded with a share of the money generated from supplying electricity back to the grid.

Similarly, the batteries in electric vehicles could in future be utilised to power appliances in the home. There is a lot of talk within the energy industry about the potential of 'vehicle-to-home' (V2H) at the moment, but like V2G technologies, major developments in this market are only likely to arise once the market shift from petrol/diesel to electric vehicles passes tipping point.

Regulation will need to keep up with the changes to reflect the changing way in which electricity will be generated, stored and distributed. New charging models and tariffs would need to be developed and the mechanisms of payment would need to change to reflect any direct interaction between the grid and consumers.

The combination of V2G and V2H technologies with the smart meter revolution that is forthcoming means that businesses active in the smarter energy market stand to obtain a vast amount of data about the way in which energy is consumed. That data could be quite granular in nature and reveal consumers' habits and preferences, as well as the times at which they engage in them.

Not only will power companies get to know a lot about what people do at home, but that data is also likely to be of broader interest to a wide range of companies. It is therefore likely to be valuable to the businesses that capture a share of the market.

For example, manufacturers of appliances might be keen to see the data to determine how sophisticated or energy efficient consumers' current appliances are, and promote their new rival product instead.

Advertisers, more generally, might be able to get a better picture about when people are engaged with their TVs or other smart home devices, and use the information to better time and target the adverts they are serving.

It is also possible that insurers could use the data generated by smarter energy technology in the home to inform fire risk assessments and offer personalised premiums as a result.

For the energy companies themselves, they could use the data to inform the design of new products or services and integrate customers further into their business. This could see further diversification of traditional energy suppliers into the provision of new services.

Customers may end up paying less for electricity but more for other value-added services and technology that utilities could sell to them on the back of their harnessing of data and analytics. Smart metering therefore offers the potential for power companies to rival today's technology giants as leaders and innovators in the gathering and use of customer data.

Nick Shenken, Becca Aspinwall and Britta Wissmann are experts in smart energy at Pinsent Masons, the law firm behind Out-Law.com. 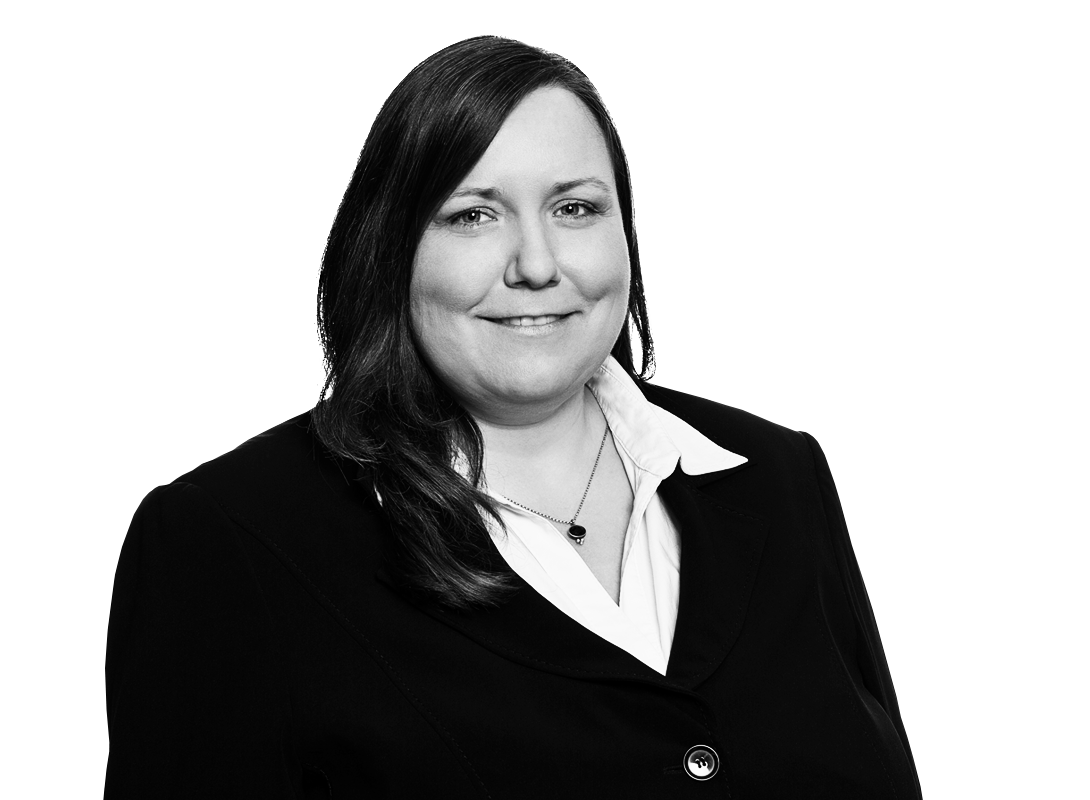