Need to attract over-55s talent? A US perspective

Is D&I a sufficient priority in your business? 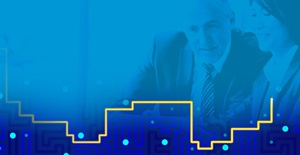 Money not enough in UK’s race for talent