Under proposed amendments to the Listing Rules, listed companies would be required to publish an annual ‘comply or explain’ statement on whether they have achieved certain targets on board diversity, along with data on the gender and ethnic breakdown of the company’s board and most senior level of executive management.

The ‘comply or explain’ targets proposed by the FCA are for at least 40% of the board to be women; at least one senior board position to be held by a woman; and at least one board member to be from a non-white ethnic minority background. Senior board positions include chair, chief executive officer, chief financial officer and senior independent director.

The FCA said that the targets were not ‘quotas’, but rather designed to “provide a positive benchmark for issuers to report against”. The ‘comply or explain’ approach will allow overseas issuers, for example, to explain any national or cultural context impacting on progress.

The consultation runs until 22 October, and the new rules could be force by the end of this year.

Financial regulation expert Charlotte Pope-Williams of Pinsent Masons, the law firm behind Out-Law, said: “The FCA is proposing to use its rule-making powers in an innovative manner here, to pursue a worthwhile public policy aim”.

“The FCA’s current proposals only apply to firms that come within the ambit of the Listing Rules in the FCA Handbook. It remains to be seen if the FCA will take a more expansive approach in the future, obliging a broader range of firms to abide by rules about board diversity,” she said.

The FCA is also proposing additional changes to its disclosure and transparency rules on diversity policies, applicable to a broader range of companies. Companies in scope would be required to ensure that their existing disclosure around diversity policies incorporates data on the makeup of key board committees, including audit, remuneration and nominations committees. Disclosure should consider a broader range of diversity metrics such as LGBTQ+, disability and socio-economic considerations.

Companies should also consider providing further data on the results of their diversity policies where possible, taking these additional metrics into account.

The consultation follows last month’s FCA discussion paper on how to promote diversity and inclusion across the financial services sector. In its recent business plan, the regulator committed to an increased focus on diversity and other environmental, social and governance (ESG) metrics.

Financial services expert Rachael Preston of Pinsent Masons said: “It is becoming increasingly clear from this latest consultation that the FCA performs an important quasi-social function”.

“Clearly, the FCA perceives itself as a bastion of change in the diversity and inclusion space, and will continue to push the boundaries of its regulatory powers to forge progress in the industry,” she said. 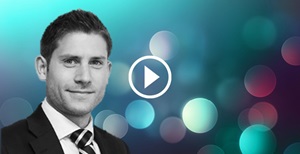