UK tax authority HM Revenue & Customs carried out dawn raids into 1,082 homes and businesses in the year to 31 March 2019, as part of its ongoing battle against tax evasion.

Figures obtained by Pinsent Masons, the law firm behind Out-Law, show that raiding properties remains a key tool for HMRC in criminal investigations into tax evasion.

Corporate crime expert Andrew Sackey of Pinsent Masons said: “Dawn raids are one of the most effective weapons in HMRC’s arsenal.

“Most people are still unaware that criminal investigators within HMRC's 4,500-strong Fraud Investigation Service can apply to the criminal courts for search warrants in exactly the same was as a police officer would. If the case involves the need to secure evidence from abroad, they can also liaise with other countries to seek warrants in those jurisdictions for simultaneous searches to be undertaken,” Sackey said.

HMRC is able to gain entry to premises with a search warrant, using force if necessary, to search and seize evidence whether in paper form or any form of electronic storage. The authority can use a full range of police powers, including the power to arrest and question suspects at police stations.

Dawn raids usually take place where HMRC suspects serious tax evasion, is concerned that suspects could destroy evidence of crimes, or where the authority believes it has been lied to as part of an ongoing civil fraud investigation. They are often a final step in cases where HMRC already has reasonable grounds to believe that the suspect has been involved in serious or complex tax crime.

HMRC can target suspected tax evaders directly, but Sackey said it was increasingly targeting advisers such as accountants, money service bureaux or lawyers who may have facilitated tax evasion.

“These days, if HMRC has taken the decision that it's necessary to raid a property, they are likely to already be armed with an abundance of data from multiple sources that will allow them to narrow the target of their search. Although the warrant will describe the specific material being sought, investigators have police powers to seize evidence of other forms of criminality they encounter when lawfully on the premises,” Sackey said.

Sackey said the introduction of the Common Reporting Standard, a global initiative originally championed by the Organisation for Economic Co-operation and Development; which enables the automatic exchange of information between tax authorities, as well as additional powers such as production orders and information notices, meant that HMRC now had far more information on individual and corporate taxpayers than it did “just a couple of years ago”.

“Escaping the tax authority’s net is harder than it has ever been and the Fraud Investigation Service is already making repeated use of the new corporate criminal offence which criminalises companies for failing to prevent their staff from facilitating others to commit a tax fraud, even if the companies were entirely unaware of it,” Sackey said.

“Anyone with undeclared UK tax liabilities, wherever country they currently reside in, should give very serious consideration to taking skilled professional advice as to how they can protect themselves from an unexpected knock on the door early one morning from HMRC,” Sackey said. 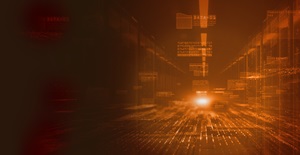 How to manage an HMRC dawn raid