Action taken by GCHQ and BAE Systems to encourage neurodiverse women into cybersecurity roles in their organisations is an example of how employers can target recruitment drives at under-represented groups to address skills gaps, an employment law expert has said.

Neurodiversity refers to the variation in human cognitive function. It is estimated that as many as one in five people in the UK have neurodevelopmental differences which result in a less typical way of learning and processing information. Associated with the different forms of neurodivergence are common skills and attributes well suited to work in technology roles.

The Guardian has reported that GCHQ and BAE Systems are “actively seeking women with autism spectrum disorder, dyslexia, and attention deficit hyperactivity disorder (ADHD)” to fulfil jobs in cybersecurity.

Last year, the National Autistic Society described a statistic published by the Office for National Statistics (ONS), which showed that just 22% of autistic adults were in paid work, as “a shocking figure”. At the time, the charity said: “We are really worried that out of all disabled people, autistic people seem to have the worst employment rate. While not all autistic people can work, we know most want to.”

The latest data published by the ONS shows that while the proportion of people with a disability that are economically active in the UK has grown steadily in recent years, it remains below 60%.

Pinsent Masons believes that employers that make their organisation more inclusive to workers with disabilities will find it easier to attract and retain talented staff at a time when some skills are in short supply, will have increased engagement and will have greater diversity of thought within their business. More generally, diversity is becoming an increasingly important value for modern workplaces. Both businesses and their employees profit from a diverse workforce and an anti-discriminatory working environment.

Rob Childe of Pinsent Masons said there is a particular opportunity for manufacturers to increase the number of women and other under-represented groups within their workforce to address the skills gap in the sector.

“We know that many advanced manufacturers in the UK are facing a war on talent, to attract the best people into their business. One of the solutions available to these employers is to actively target, attract and retain under-represented groups of employees. We can see that GCHQ and BAE systems have done this by purposefully targeting the recruitment of neurodiverse women into their organisations. Similar campaigns could equally be deployed to focus on minority ethnic groups, younger employees, female employees or LGBTQ+ employees, all of whom are significantly underrepresented within the national advanced manufacturing workforce.”

“If done properly, this is an extremely effective way to tap into a talent pool that already exists in the UK. There are a whole series of steps employers can take to do so and we are able to actively support clients to take these steps,” he said.

According to a report by the Made Smarter Innovation Network published last year, just 26% of the workforce in UK manufacturing are female, and 13% from ethnic minority groups. However, it said just 67% of manufacturers have, or are planning to establish, an equality, diversity and inclusion strategy. 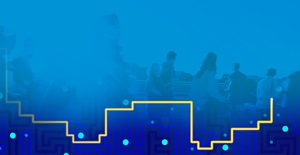 Businesses need to adapt their strategy to overcome labour shortage