‘Self-driving’ vehicles fitted with Automated Lane Keeping System (ALKS) could be permitted on the roads later this year, in the wake of a government consultation on the safe use of the technology.

The UK government has set out how vehicles fitted with ALKS technology will be allowed to use the roads. It said it would work to facilitate a data sharing agreement between insurers and manufacturers, and to ensure manufacturers provide sufficient driver information to help them understand how to safely use automated vehicles.

A separate consultation on changes to the Highway Code to clarify rules on safe use has been launched, proposing to add a new section setting out expectations for users of automated vehicles.

Driverless cars expert Ben Gardner of Pinsent Masons, the law firm behind Out-Law, said: “The introduction of ALKS is likely to be the first of many gradual steps as we see increasing levels of autonomy in road vehicles. However, at this stage, it will not be possible for drivers to reap the full benefits of these advanced driving features as other existing driving laws will also need to be reviewed and, if deemed appropriate, amended or withdrawn altogether.

“Arguably the current speed restrictions could limit how frequently this technology is deployed and prohibitions on using handheld devices whilst at the wheel will remain in force. As a result, in the short term, drivers will not be fully released from their driving responsibilities and free to do other tasks,” Gardner said.

“However, as regulatory reviews continue and new advanced driving features come to market, we will begin to see a phased evolution of what road vehicles are technically and legally capable of doing – together with the benefits of increased productivity and, more importantly, reduced congestion and accidents,” Gardner said.

ALKS controls a vehicle’s movement without the need for driver intervention and is designed to keep a car in its motorway lane at speeds of up to 37 miles per hour – for example when there is heavy, slow-moving traffic.

The system can only be activated through a deliberate action by the driver and when the driver is in the car’s driving seat and available. It can also only be used on roads where pedestrians and cyclists are not present.

The government launched a consultation into the use of ALKS on motorways last summer and received 186 responses (45 page / 2.4MB PDF) from individuals and organisations, including from manufacturers and insurers.

Although respondents felt that drivers needed to understand ALKS capabilities and limitations to use it safely, only a minority proposed mandatory training. Respondents said manufacturers had a responsibility to ensure drivers understood how to use vehicles, and there was widespread support for a public awareness campaign to educate all road uses about ALKS.

The proposed new section in the Highway Code on automated vehicles sets out the requirements for drivers. It notes that drivers are not responsible for automated vehicles when they are driving themselves, and drivers do not need to pay attention to the road in these circumstances. However, they do need to pay attention to instructions about when it is appropriate to engage the self-driving function.

Drivers should remain in the driving seat if a vehicle is designed to require them to resume driving after being prompted to, and are still responsible for the vehicle being in a roadworthy condition.

Drivers will be permitted to perform other activities if they are using vehicles that can safely drive themselves. The government said it intended to consult later this year on amending the regulation concerning the use of screens in vehicles, and would consider changes to the use of screens by drivers of automated vehicles.

The government is also planning to commission research to scope the technical requirements needed for enabling motorway-based automated driving systems to operate at higher speeds and change lanes. 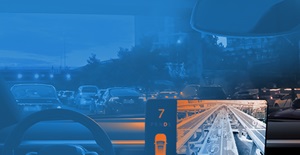 Driverless cars to be tested on UK motorways in 2019