Existing legislation in many jurisdictions is outdated and has failed to keep pace with the rapid development of vehicle technology. This has left businesses at a crossroads as they seek to commercialise increasingly sophisticated solutions.

However, a number of regulatory initiatives are underway across the world aimed at addressing obstacles and gaps in existing legal frameworks. Effective lobbying and collaboration by businesses can avoid law makers setting overly-prescriptive rules that cannot adapt to the pace of technological change.

A wide range of regulation is relevant to the future of mobility products, services and business models. This includes laws on road safety, construction and safety of vehicles, insurance, telecommunications and data privacy. Ultimately, however, it is road traffic legislation that dictates whether innovations in connected and autonomous vehicles can take to the road. 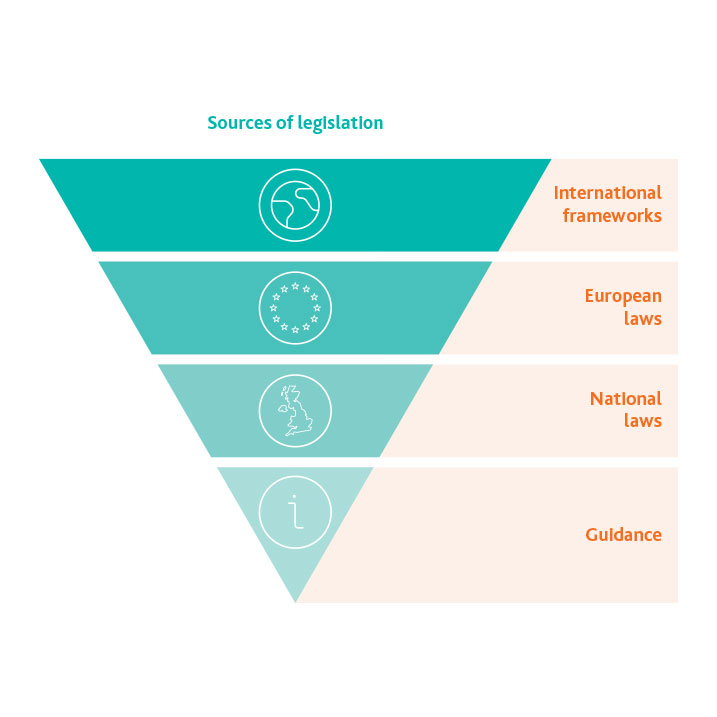 These international frameworks and directives are usually implemented locally through national laws, with countries also enacting further national laws which apply to, amongst other things, the manufacture and use of vehicles. These national laws are then accompanied by non-statutory, though binding, guidance, such as the Highway Code, and an array of standards developed by organisations such as ISO and BSI.

Assessing this multi-layered framework and how it needs to adapt is a major task for policy makers and regulators and does not fit well with technologies which have a tendency to evolve quickly. This can present legal obstacles to deploying new technologies or risk legal 'grey areas' causing uncertainty for developers and manufacturers alike.

Even after Brexit, it is highly likely that the UK will continue follow EU laws so that vehicles manufactured in the UK meet the requirements of what is currently its biggest export market. That said, in an autonomous vehicles context, the UK has stated that leaving the EU offers opportunities to go both "further and faster" in terms of what is legally possible.

What are we regulating?

In addition to the complex legislative landscape, regulators are still grappling with what products and services are in need of regulation and what the associated risks are. For example, it is highly likely that the rules which apply to an autonomous delivery robot operating in a small town should be different to those that apply to a platooning HGV on a motorway.

Similarly, the rules which apply to what we consider a "Level 2" vehicle with some automated driving features and a driver are likely to be different to those that should apply to a "Level 5" vehicle which has no steering wheel or pedals. This could necessitate the development of a number of different legal frameworks to account for the different levels of technological sophistication and how that impacts risk.

Currently, the industry is grappling with legal uncertainty around so-called "Level 3" vehicles which are not entirely autonomous and require the driver to take control of the vehicle in certain circumstances. A question persists over who should be responsible for a resulting accident caused by a Level 3 vehicle: the driver for not regaining control quickly enough, the vehicle manufacturer, or a third party service provider?

As a result of this uncertainty, some experts believe that it might be easier for industry to focus their attention on developing highly automated "Level 4" vehicles or even fully automated "Level 5" vehicles so as to avoid the liability issues which come with partial or conditional autonomy. These issues are themselves currently being considered by regulators globally. 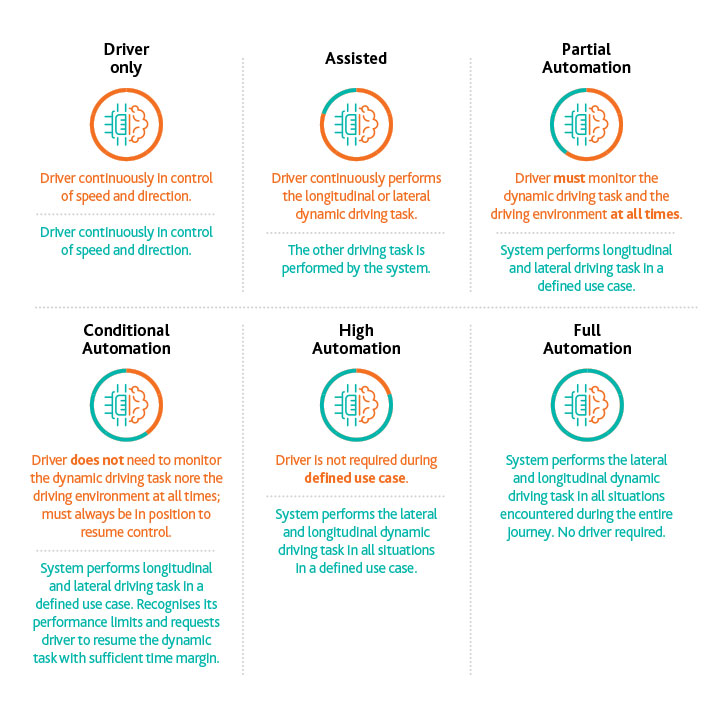 In many jurisdictions an entire overhaul of traffic law is needed to move from provisions focused on the driver's conduct towards provisions that address the vehicle instead. Anticipating how the law might change in this area is one of the main challenges for those that design automated vehicle functionalities. In this context it is likely that Germany will be ahead of the curve, though there have been significant developments in the UK among other jurisdictions.

It is already possible to test autonomous vehicles on public roads in Germany – competent authorities have granted a number of special permits for this purpose in the last years. Particularly, automated driving functionality can be trialled in 'digital test beds', i.e. controlled environments where "special road furniture" such as safety barriers and signs are in place.

In 2017 the Act on Automated Driving entered into force in Germany. This Act regulates the rights and obligations of drivers using automated driving functions. If the requirements laid down in the Act are met, drivers may divert their attention from the traffic and the operation of their vehicles while using such functions.

The German legislator is now in the process of drafting amendments to German traffic laws to enable the deployment of autonomous vehicles within a specified "operation range" of public roads ("Level 4"). The planned framework could be in place as early as summer 2021.

While the proposals being worked on are not as ambitious as the legislator trailed in 2018 – when it outlined its intention to present a legal framework covering autonomous vehicles up to "Level 5" – it should create the prerequisites to allow for the standard operation of autonomous vehicles on public roads, although limited geographically to a defined environment. With this, Germany could forge ahead and set regulatory standards that may have a lasting impact on the future of autonomous driving – both EU-wide and globally.

In the UK, the Law Commission in England and Wales is in the process of carrying out a detailed review of what laws need to change to support autonomous vehicles on UK roads.

It has published two of three planned regulatory consultations to-date with the aim of obtaining feedback on new regulatory frameworks for road vehicles and automated transport services it has proposed. The proposals include the creation of specialist agencies to investigate accidents and new legal concepts to try and deal with the allocation of liability for accidents – such as the "Automated Driving System Entity" putting the vehicle or service on the market and the "User In Charge" who may be required to take control of the vehicle in certain circumstances. 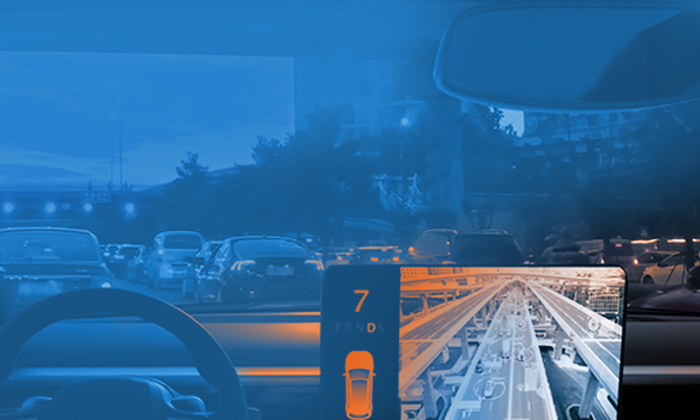 The future of mobility: our special report

The work of the Law Commission follows on from the development of a code of practice to guide the testing of autonomous vehicles in the UK. In the UK to-date, more than 90 testing and research projects have been funded in order to better understand the opportunities and challenges which exist.

Further reform to existing legislation and the Highway Code is under consideration with a view to allowing the use of 'Advanced Lane Keeping Systems (ALKS)' that can take control of vehicles and can keep them in lane on motorways.

The Action Plan for the Growth and Transformation of Enterprises regulates the testing regime and requires those who wish to test autonomous vehicles to obtain authorisation.

The Law for Orientation and Mobility was introduced in 2019 and sets out conditions for accessing vehicle data, for example to support accident investigation.

More than 50 autonomous vehicle test projects have taken place since 2014 and the French government has made €40m available for new projects.

In 2015 the Directorate General of Traffic (DGT) passed Instruction 15/V-113 which sets out the authorisation framework to conduct tests or research trials for vehicles with automation Levels 3, 4 and 5.

DGT and Intel subsidiary Mobileye are collaborating to prepare Spain's infrastructure and regulatory system for autonomous vehicles. DGT is also seeking to develop a policy framework for efficiently validating the safety of an autonomous vehicle.

Autonomous vehicles are at the centre of Dubai policy makers' plans to make the city greener and safer. The Dubai Self-Driving Transport Strategy has set a target for a quarter of all mobility trips in Dubai to be via self-driving transport by 2030 to reduce carbon emissions and accidents.

Resolution (3) of 2019 regulating test runs of autonomous vehicles in Dubai is in force. The legislation requires autonomous vehicles and their drivers to be insured against accidents and civil liability. The Dubai Roads and Transport Authority is preparing the infrastructure and logistics for testing.

Appropriate regulation will be crucial to the development and deployment of connected and autonomous vehicles. However, with different jurisdictions being at varying stages of implementation and potentially adopting inconsistent regulatory regimes, running legally compliant tests and developing legally compliant vehicles will be a challenge for many businesses operating across borders.

In Europe, the absence of a consistent continent-wide approach could be a barrier to the use of automated vehicles, or at least require users to disable automated systems every time they cross a border. While a joined-up and consistent international approach to regulation would be welcomed, it is unlikely. Some progress has being made, however. UNECE adopted an ALKS Regulation in June 2020 with a view to promoting international alignment on the use of advanced lane keeping systems on public roads. It is an important first step towards the development of systems with higher levels of autonomy.

Areas where reform is needed

There is much to be covered through amendments to existing regulations and the creation of new ones. Core areas which will need to be addressed include:

The impact of Covid-19 on the development of new vehicles and mobility solutions is still to be seen. However, economic pressures are likely to shrink R&D budgets and cause many businesses to projects put on hold. However, the pandemic may also accelerate the development of automated freight and 'last mile' solutions.

In any event, cooperation and collaboration between governments, manufacturers, insurance providers and technology companies will be important in dealing with regulatory challenge. Businesses should cooperate with public authorities and governments by sharing any issues and risks that have emerged from early testing to develop legislation that could manage those issues and risks in an appropriate way.

By incorporating input from different stakeholders, a new legislative framework could be designed to account for the various potential uses of automated vehicles and other fast-paced technologies.

More flexible and agile forms of legislation could also be considered that can more readily track technology, or which focuses on achieving specific outcomes for the benefit of citizens and the environment, whilst giving businesses flexibility on how they achieve those outcomes.

As we move from the development of new products and services through to their commercialisation, it will be paramount for those in the industry to ensure that the products and services are legal by design. Now is therefore an ideal opportunity to influence what the regulatory frameworks for future vehicles and mobility services might look like. 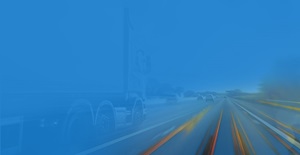 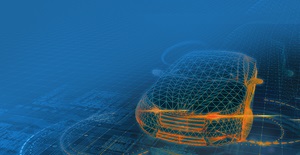