Jonathan Cavill of Pinsent Masons, the law firm behind Out-Law, said that both mental health risks deriving from financial pressure and management, and the financial pressure and management risks deriving from mental health risks, are well-recognised by financial institutions, the Financial Conduct Authority (FCA) and Financial Ombudsman Service (FOS), as well as industry bodies. However, he said the issue is of growing importance as a result of the compounding pressures consumers are under as a consequence of the coronavirus crisis.

"The Covid-19 pandemic has been described as a mental health emergency, and so it is now as important as ever for financial services providers to continue to work with their customers and the industry as a whole to break down the wider stigma surrounding mental health," Cavill said. "Many firms will be alive to these issues off the back of the Financial Conduct Authority's (FCA's) continued work regarding vulnerable customers. However, the findings of our survey show that some firms may need to look to further develop suitable measures, such as technological solutions and appropriate policies, to assist those customers who need it; hopefully helping to reduce health issues connected to financial concerns." 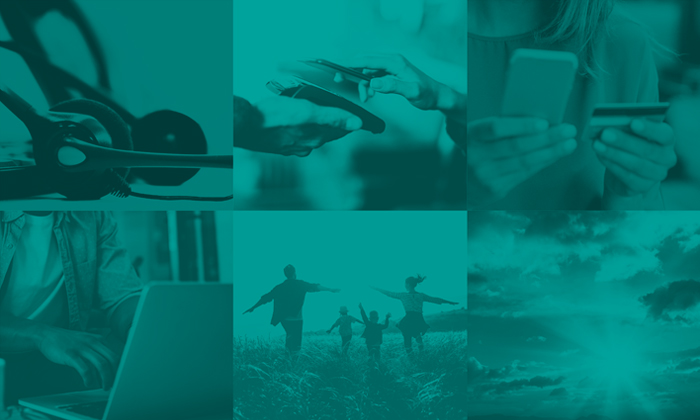 Cognitive challenges can impact an individual's finances in many ways, from making it more difficult to manage money on a day-to-day basis, to impulsive spending or gambling addictions. Similarly, financial pressure or lack of control over finances can also be a contributing factor to cognitive challenges, such as anxiety and depression.

On 1 October 2020, the Centre for Mental Health charity warned that up to 10 million people in England could need help with their mental health because of Covid-19, of which two thirds will be people who need help for existing mental health issues made worse because of the pandemic, with the other third having developed mental health issues during the pandemic.  In addition, according to the Money and Mental Health Policy Institute, people with mental health conditions are three and a half times more likely to be in problem debt. The FCA's latest data also shows that more than 24 million people now display one or more potential characteristics of vulnerability – which includes physical and mental health issues, recent life events such as bereavement, capability and financial resilience.

The FCA has committed to protecting the most vulnerable consumers during the pandemic, ensuring that they can get the financial services that they need. In its 2020/2021 Business Plan it has also stated that it will be focusing on the longer term economic impacts of Covid-19, which necessarily includes ensuring that vulnerable customers are protected. Jonathan Cavill of Pinsent Masons said that this feeds into the regulator's priorities for the year ahead which include, for example, work on unaffordable credit in relation to the suitability of creditworthiness assessments to identify if consumers are being provided with credit they cannot reasonably repay.

"The FCA has expressed a keen interest in driving change so that financial services work better for vulnerable customers across the sector, including those suffering from cognitive challenges, ensuring that those customers are not disadvantaged in the outcomes they experience from obtaining financial products and services," Cavill said. "The industry has access to many tools and methods which can help customers, for example services and options to alleviate pressure on consumer financing. But, our survey results suggest that even though financial providers have solutions and systems to help the customers who most need them, these aren't always being as widely used by the customer base as envisaged."

There is an opportunity for banks, in managing corporate social responsibilities and growing regulatory risk around mental health ... to use new technologies and innovations such as machine learning and data analytics to facilitate understanding of their customer base and to identify characteristics of cognitive challenges

The Pinsent Masons survey found that, despite good work done by industry in developing money management tools, many vulnerable customers that would benefit from these solutions may not be aware of them: of those who said they use money management tools, 84% said they use text alerts, while 71% of the respondents said they felt they do not need to use such tools at all. However, two-thirds of the more than 1,000 consumers surveyed said they would find it helpful for their bank to put in place controls that the consumer had pre-determined around spending in certain areas such as gambling websites.

Attitudes on bank intervention were mixed, though. While the majority of respondents were supportive of their bank getting in touch if it identifies abnormal spending patterns or reduced incoming payments, fewer than a third of respondents said banks should always ask consumers for personal information so that it can assess how their mental health may impact on their ability to manage their own money; 68% favouring intervention only after consumers have first informed their bank that they have a cognitive challenge that could impact on their ability to manage their money.

"It's particularly interesting that nearly three-quarters of customers surveyed would be happy for their financial providers to put in place controls if they notice abnormal account activity," Cavill said. "Proactive efforts such as these could result in a real change in the approach to assisting customers with their money management and 'stepping in' to ensure good customer outcomes."

Cavill said that there is an opportunity for banks, in managing corporate social responsibilities and growing regulatory risk around mental health, as well as other financial instructions outside of the banking sector, to use new technologies and innovations such as machine learning and data analytics to facilitate understanding of their customer base and to identify characteristics of cognitive challenges. Steps such as these can help firms do the right thing for their customers, as well as reduce the scope of regulatory scrutiny, enhanced supervision, and mass claims or complaints, he said.

The Future of Open Banking