An independent UK working group has published a draft Carbon Reduction Code, with the aim of encouraging organisations in the infrastructure and construction sectors to sign up to commitments associated with achieving net zero carbon targets.

The draft code of practice (4 page / 350KB PDF) published by the Achieving Net Zero Cross-Industry Working Group contains ‘core’ and ‘further’ commitments for client and supply chain organisations working in infrastructure and construction. The main aim is to support organisations in reducing direct and indirect carbon emissions to net zero by 2045, with a recognition that the majority of cuts need to be made by 2030.

The working group, which includes Pinsent Masons, the law firm behind Out-Law, was convened by the Cambridge Centre for Smart Infrastructure and Construction (CSIC) in March 2020. The group said the code, which is being developed on behalf of the Construction Leadership Council (CLC), was a first step to facilitate action towards reducing carbon emissions related to design, construction, maintenance and operation of built assets. It is not intended to replace existing global standards governing carbon management.

Core commitments in the draft code for client organisations include the introduction of carbon reporting targets and reporting commitments for all procurement documents, and the establishment of carbon baselines and targets for projects.

Core commitments for supply chain organisations include reporting on operational carbon and a pledge to reducing the carbon intensity of projects, as well as the proactive recommendation and adoption of carbon measurement and carbon reduction methodologies in all projects. Further commitments for both groups include the sharing of best practice, knowledge and data.

Infrastructure expert Stacey Collins of Pinsent Masons said: “It will be interesting to see what feedback the market provides in relation to the draft code, and in some respect it is useful if it helps stimulate market thinking about how to achieve net zero carbon outcomes."

“The idea behind parties publicising their plans to achieve net zero, and progress against that plan, is to help share decarbonisation information and ideas across the infrastructure sector. The net zero challenge is real, and requires a huge shift away from ‘business as usual’ operation. If we can share ideas and innovations around what does or does not work, then as a sector we can progress more quickly. That’s part of the ethos behind the draft code,” Collins said.

Sustainability experts from the Environment Agency and the HS2 rail project are working with CSIC to help explore and develop the code and to help build wider engagement. Meanwhile the National Association of Construction Frameworks, which represents local government construction and civil frameworks from across England and Wales, has committed to conducting trials of the code.

CSIC said the aim was to formally launch the code in the autumn of 2021, as the UK hosts the United Nations Climate Change Conference in November. 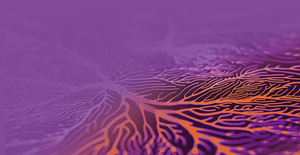