All GCC member states with the exception of Kuwait have adopted standalone arbitration laws based on the UNCITRAL Model Law. These are:

Arbitrations in Kuwait are governed by Chapter 12 of Kuwait Decree-Law No. 38/1980 Promulgating the Law of Civil and Commercial Procedures and Kuwait Law No. 11/1995 on Judicial Arbitration with Respect to Civil and Commercial Matters. Neither conforms with the UNCITRAL Model Law or any other international standard. The main arbitration centre in Kuwait is the Kuwait Commercial Arbitration Centre (KCAC). In the absence of any law or provision to the contrary, article 7 of the KCAC rules states that the rules of arbitration are supplemented by the UNCITRAL Model Law.

National arbitration laws may apply to an arbitration where it is conducted within the territory of a particular state or where the parties have agreed that the law should apply.

Based on the current arbitration laws in the GCC, certain mandatory requirements must be met if an arbitration agreement in a construction contract is to be considered valid and enforceable.

An arbitration agreement is an agreement by the parties to submit all or specific disputes to be resolved by arbitration in respect of a defined legal relationship, whether contractual or otherwise.

A valid arbitration agreement is independent of and separate to the other terms of contract in which it is contained. This is known as the doctrine of separability and means that an arbitration agreement, if validly incorporated, may survive the termination or nullity of the underlying contract.

The arbitration agreement must be evidenced in writing, even if the contract or other underlying agreement was concluded orally.

An agreement is in writing if it is recorded in a written form. Depending on the GCC state, this may include an exchange of correspondence such as a letter or telegram, verifiable electronic communication or an exchange of written pleadings in which the existence of an arbitration agreement is alleged by one party and not denied by the other.

The safest way of evidencing an agreement to arbitrate is to include an arbitration clause within the body of a written main contract, signed by the parties.

A reference in a contract to a document containing an arbitration clause may constitute a valid arbitration agreement "in writing", provided that the reference makes that clause "part" or an "integral part" of the contract. In the construction industry, this is frequently done by reference to a set of terms and conditions, such as the FIDIC standard form.

The overriding principle is that there must be certainty regarding the parties' agreement to arbitrate. Whether or not such certainty exists is an issue falling within the discretion of the relevant court. This has been problematic in the UAE in particular, due to a perception by the judiciary that certainty is not achieved through the incorporation of terms by reference where a party is disposing of its fundamental right to resolve disputes through the courts.

The safest means of ensuring that the arbitration agreement is an integral part of the contract is to remove it from the standard terms and conditions and place it within the body of the signed main contract. If this is not an option, the arbitration clause to be incorporated by reference should be signed by the parties within the appended standard terms and conditions. The Dubai courts have found that simply initialling the arbitration clause, as opposed to signing, may not be sufficient.

Defining the subject matter of the dispute

This rule has limited applicability in the construction context, as most arbitration agreements are included within the contract signed at the start of the project on the basis that "all disputes arising or in connection with the contract" will be referred to arbitration.

Any award issued on matters not included within the arbitration agreement may be subject to nullification, either in whole or in respect of the offending part of the award only.

The subject matter of the arbitration agreement must be capable of resolution by way of arbitration under the laws of the GCC member states.

The terms "public policy" and "public order" are not defined by law in the GCC. This creates a degree of uncertainty around the enforceability of arbitral decisions. Common public policy grounds for refusing enforcement of an arbitral award include where the dispute arose under an agreement for the provision of prohibited goods or services, or where contractual dealings with Israel are concerned.

In Saudi Arabia, parties are free to choose the law applicable to the procedure and substance of the dispute. However, any award which violates the principles of sharia law cannot be enforced.

An arbitration agreement will only be valid if the legal or natural persons entering into it have the capacity to bind the contracting party to arbitration.

The requirements for finding capacity vary between GCC member states. For example, the UAE courts have historically taken a strict view of this issue, requiring actual authority on the part of the signer. However, recent cases have trended in a more progressive direction, towards arguments based on implied or apparent authority.

In practice, it is prudent to check the companies' articles of association and request a special power of attorney or equivalent document, in each case confirming that the individuals signing the contract or arbitration clause have the authority to do so. The names, capability and authority of the signers should be clearly set out alongside the signatures.

Note that the capacity of GCC government bodies to enter into arbitration agreements without approval from a government minister or by special provision of the law is sometimes restricted by national laws - for example, in Saudi Arabia.

Composition of the arbitral tribunal

Parties are free to decide on the number of arbitrators provided that the total is an odd number.

There are some restrictions on the standing of arbitrators. For example, Saudi Arabia requires the appointment of a chair or sole arbitrator of "full legal capacity, of good conduct and reputation", with a university degree in either sharia or law. The arbitrator may not be a minor, debarred of their civil rights by reason of criminal punishment, or bankrupt.

Failure to comply with any mandatory provisions of domestic law regarding the format and content of an arbitration agreement may lead to an application for setting aside the arbitrator's award.

A well-drafted arbitration agreement should clearly identify the arbitral institution and procedural rules to be adopted in the event of a dispute.

In the GCC, parties are free to choose the procedural rules to be followed by the arbitral tribunal - including those adopted by international arbitration centres such as the LCIA, the ICC and UNCITRAL - subject to any mandatory overriding rules. The parties are also free to specify that the arbitration should be 'ad hoc', administered by a bespoke set of procedural rules and institutions. A number of Dubai government entities, including the Dubai Roads and Transport Authority, have opted for ad hoc arbitration in their contracts.

Arbitration centres based in the GCC include:

There is currently no domestic arbitration centre in Oman.

The terms "public policy" and "public order" are not defined by law in the GCC. This creates a degree of uncertainty around the enforceability of arbitral decisions.

Applicable procedural rules and model arbitration clauses, to be inserted by the parties into any given contract, are generally available on the website of each arbitral centre. The model clauses do not represent a comprehensive arbitration agreement. Instead, they are intended to ensure that if a dispute arises, it is safely referred to arbitration and governed by the general rules and procedures of the specific institution.

The arbitration clause should also set out various discretionary elements where applicable, including:

Failure to specify any of the above will generally mean that either the "default" rules at the seat of arbitration, if any, will apply; failing which the applicable rules will be determined by the tribunal once constituted.

Challenging the validity of an arbitration agreement

The invalidity of an arbitration agreement is one of a narrow set of grounds on which an arbitral award may be challenged through the courts. However, restrictions are placed on the timing of any such challenge:

The validity of an arbitration agreement may also be challenged where the award is being enforced in a foreign jurisdiction – that is, a jurisdiction other than that in which the arbitration is seated.

Article 5 of the New York Convention sets out the bases on which the recognition and enforcement of foreign arbitral awards may be refused by the courts. These tend to be narrower than the relevant local laws but cover at least some of the grounds for invalidity in the domestic arbitration laws. They include where:

Additional research by Jeremy Speller of Pinsent Masons, the law firm behind Out-Law. 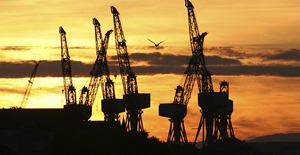