Life sciences companies in Europe believe access to funding is the biggest barrier to innovation in their sector, a study commissioned by international law firm Pinsent Masons has found.

Pinsent Masons commissioned Meridian West to undertake interviews with 52 industry experts from across Europe in November last year. Those individuals included senior executives and legal counsel, and respondents were spread across different types of organisations active in the sector, from originator product manufacturers, biotech companies and medtech providers, to generics, biosimilar manufacturers and academic or research organisations.

Access to funding was most commonly identified by the interviewees as the biggest barrier to innovation, ahead of financial uncertainty and regulatory complexity or uncertainty. The study also highlighted support for greater collaboration and changes to the regulatory framework to support longer term innovation in life sciences.

In relation to the funding challenges, one interviewee at an Irish biotech company commented that raising money is "a fundamental road block", while a legal counsel at a UK medtech company called for the easing of access to start-up and innovation funding, and for the funding processes to be made more accessible and timely.

Munich-based Dr. Nina Leonard of Pinsent Masons, the law firm behind Out-Law, said there is an opportunity for governments to address the funding challenges faced by industry and for their interventions to change the perception of risk of investment among the investment community.

"More investments are made into businesses with significantly lower risk, which have lower capital requirements and for which the timeframes for product developments are shorter," Leonard said. "With fiscal incentives and funds accessible at beneficiary conditions, governments can support fledgling life sciences companies to overcome their initial funding challenges, which in turn can encourage private sector investors to see the investment opportunity in those companies rather than just the risks. It remains the case that life sciences companies require significant levels of capital to develop new products and take them through the often time-consuming regulatory approval process."

"One option for government intervention might be to incentivise investments which bear a higher risk through an increase in tax relief or access to 'cheaper' capital," she said.

The findings from Pinsent Masons' study show that there is widespread industry support for use of targeted fiscal incentives. Of the 52 people interviewed, 87% said measures such as research and development (R&D) tax credits or grants would encourage R&D for new indications for existing drugs.

In relation to fiscal incentive changes that would best encourage investment into UK life sciences specifically, increased funding to the Biomedical Catalyst was the most commonly favoured measure, with 83% of respondents in support. Increasing the tax relief available under the business asset disposal relief scheme, which was previously known as entrepreneurs' relief, was another popular option supported by 81% of those interviewed.

Support for targeted fiscal incentives was strongest among non-legal professionals interviewed, with 96% of interviewees in favour compared to 76% of those employed in a legal function in the sector who said they support the move.

Legal professionals were more likely to say that other measures would encourage R&D for new indications for existing drugs, such as new licensing mechanisms and a shift towards value-based pricing. Most interviewees across all roles said they would like to see an expansion of regulatory exclusivities, such as those available under the orphan designation regime, and an expansion of the framework for supplementary protection certificates (SPCs), which effectively extend monopoly rights over pharmaceutical innovations when underlying patent rights have expired.

Sunjay Malhotra of Pinsent Masons, who specialises in corporate transactions in the life sciences sector, said the need to encourage investment in the UK life sciences sector is acute, particularly in a post-Brexit world in which the UK government is "banking on building on an already world renowned life sciences industry". He said that, with the UK's strengths in the sector having recently been showcased globally thanks to the speed of R&D, regulatory approval and subsequent distribution of the University of Oxford/AstraZeneca Covid-19 vaccine, the UK government should use that as a springboard to encourage further investment.

"R&D costs, and the associated rate of cash burn for life sciences companies, are notoriously high," Malhotra said. "It is not uncommon for clinical and pre-clinical stage companies in the sector to do more than one fundraise in any calendar year. Such companies, both public and private, will often not generate revenue for many years while their products are in development, something which acts as a deterrent to many investors."

"In that context, knowledge that grants, rather than loans, are available from the state will help these companies progress their research and development in a sustainable way, knowing that they may be able to fall back on state support if private funding is not available at any point in time. The reality is that, if funding is provided to these companies through debt it is likely to stifle innovation by acting as a drag on the company and thereby deterring future investors," he said.

The Biomedical Catalyst in the UK helps medical scientists win finance to develop their research. It was established in 2011 to bridge a funding gap known as the "valley of death". The term refers to the difficulties some early stage biotech and medtech companies have in obtaining enough finance to develop their research and development programmes to a stage where they can attract meaningful amounts of private investment and/or license those research programmes to a larger pharmaceuticals manufacturer.

Malhotra said that it is important that state funding, such as through the Biomedical Catalyst, continues. He said that the recently announced launch of the Advanced Research and Innovation Agency (ARIA), the new £800 million high risk-high reward scientific agency to provide rapid funding for UK inventors and researchers, was a welcome step forward. In addition, the statement from the Department for Business, Energy and Industrial Strategy (BEIS) that the new independent agency will be able to act with "flexibility and speed by looking at how to avoid unnecessary bureaucracy" was a positive acknowledgment that quick access to capital remains important to companies in the sector, he said. Given the speed of deployment of grant funding under the Future Fund scheme, Malhotra said it is to be hoped that ARIA can be equally as effective. "Applications for grant funding should always be as simple and transparent as possible," he said.

Malhotra stressed that, as well as state funding, the investment environment needs to be made more appealing to both companies and investors alike. He said fiscal incentives, like increasing R&D tax credits for companies, need to be matched by similar fiscal incentives for investors. He said capital gains tax breaks for institutions that invest in the sector would also make the sector more attractive and could help scale up UK biotechs to be more internationally competitive.

However, he said there is "a fine line between protecting the UK’s world leading life sciences companies from certain categories of foreign investors and deterring outside investment in the sector altogether", highlighting the potential administrative burden with applications under the new national security and investment regime in the UK. 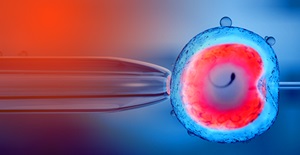