The UK government’s plan to curb the revenues of low-carbon electricity generators could negatively impact investment in the industry, one legal expert has warned.

The Energy Prices Bill, introduced in parliament earlier this week, includes a temporary ‘cost-plus-revenue limit’, which ministers said would “sever the link” between high global gas prices and the cost of low-carbon electricity in England and Wales. It is not yet clear whether the measure will be extended to Scotland.

Wholesale electricity prices in the UK are currently set by the most expensive form of generation – gas-fired generation – the price of which has risen sharply in the wake of Russia’s invasion of Ukraine. The government said that low-carbon electricity generators were benefiting from abnormally high prices as a result, forcing consumers to pay significantly more for energy generated from renewables and nuclear, even though they often cost less to produce.

Ministers said the cost-plus-revenue limit, due to take effect from 1 January 2023, would reduce the impact of unprecedented wholesale prices by capping the amount of money that low-carbon generators can make – potentially saving billions of pounds for billpayers. But the claim comes amid warnings that the revenue limit could dampen investment in renewables and other low-carbon electricity generation technologies.

If the effect of the revenue limit is to deter investment in low-carbon generation, it is hard to discern how it can cohere effectively with the UK’s overarching energy policy and the government’s own growth strategy.

Jeremy Chang of Pinsent Masons said: “Taking steps to address the high cost of energy is not unreasonable, given the extraordinary geopolitical and economic headwinds that we face. But if the effect of the revenue limit is to deter investment in low-carbon generation, it is harder to discern how it can cohere effectively with the UK’s overarching energy policy and the government’s own growth strategy.”

“Indeed, the inclusion of the revenue limit on low carbon generators in the Bill may have taken some by surprise. The measure was not trailed in advance – or seemingly consulted upon. Some commentators have suggested that the move was driven, at least in part, by the government’s struggle to persuade generators to move from existing revenue support mechanisms to the Contracts for Difference (CfD) system voluntarily,” Chang added.

Last month, Liz Truss announced plans to negotiate lower-priced long-term contracts with nuclear power and renewable energy companies, including an intention to move renewable projects away from the Renewables Obligation (RO) and on to CfDs. The RO, introduced in 2002, currently places an obligation on licensed electricity suppliers in the UK to source an increasing proportion of electricity from renewable sources.

Unveiling the new Bill, the government said the temporary revenue limit will not apply to projects with CfDs, many of which are currently making payments while the prices they are achieving for their generation are in excess of their strike prices. It added that projects which already receive existing support through RO will continue to do so.

Chang said: “The government is at pains to make clear that the limit is not a ‘windfall tax’, which the prime minister ruled out during her leadership campaign, because it only applies to excess revenues and not to all profits. But as some commentators have already pointed out, to affected generators this might be a distinction without a difference.”

Ministers said that generators impacted by the revenue limit will be permitted to cover their costs and would receive “an appropriate revenue that reflects their operational output, investment commitment and risk profile”. But detail on the level at which the limit will be set has not yet been provided by the government, which noted that “one relevant factor being considered is the pre-crisis expectations for wholesale prices, and what a reasonable upper estimate for those might be”.

Ronan Lambe of Pinsent Masons warned that stakeholders in the UK’s low-carbon electricity generation industry needed more clarity over the revenue limit. “Much of the detail of the proposal – including its scope, duration and mechanics – still needs to be developed. While we know that the limit will be temporary, lasting from the beginning of next year until wholesale prices return to normal, the metric for how this will be determined has not yet been set out,” Lambe said.

The spectre of a limit makes it very difficult for developers to conclude long-term fixed price power purchase agreements (PPAs), given the lack of clarity around the level of revenue the generator will be entitled to retain.

“The government has also proposed that generators will be able to retain a percentage of revenues above the limit, but how the precise amount will be calculated still needs to be established. Energy sector participants would be well advised to engage in the development process to ensure that the final arrangements are sufficiently stress-tested. Alongside that, they should review their contractual arrangements to understand what protections they could trigger, if needed,” he said.

“Until the finer detail emerges, energy sector participants may find it difficult to meaningfully assess the implications of the cost-plus-revenue limit on their projects. It is not yet possible, for example, to predict how significant its implications will be for a project with a long-term power purchase agreement (PPA) and fixed prices that are close to the specified limit – especially if the project benefits from existing support schemes,” Lambe added.

He said: “In addition, the spectre of a limit makes it very difficult for developers to conclude long-term fixed price PPAs, given the lack of clarity around the level of revenue the generator will be entitled to retain. This uncertainty is likely to have a negative impact on the investment case for new low-carbon generation, at least in the short term.”

The government said that it would launch a consultation on the precise mechanics of the revenue limit shortly. MPs will next consider the Energy Prices Bill, which also includes provision for the Energy Price Guarantee and Energy Bill Relief Scheme, at second reading. The date for second reading has not yet been announced. 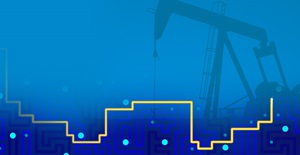