Ireland confirms ‘side pockets’ will be permitted for Russian-impacted funds

Such arrangements will be permitted only for Russian, Belarusian and Ukrainian UCITS assets impacted by either Russia’s invasion of Ukraine or the sanctions imposed as a result of the invasion, according to a notice of intention (4-page / 94KB PDF) setting out the CBI’s planned approval process. Approval will only be granted where the side pocket is in investors’ best interests.

The CBI issued its notice shortly after the European Securities and Markets Authority (ESMA) published a statement supporting the use of side pockets (6-page / 126 KB PDF) as a liquidity management tool where “preferable from an investor protection perspective compared to a temporary suspension that would not allow existing investors to access liquidity”.

“In particular, the use of side pockets might prevent the need to suspend all subscriptions and redemptions and provide initial investors with protection against potential dilution effects, especially where the illiquid assets are valued at zero or significantly lower prices,” ESMA said.

Dublin-based funds expert Áine Ní Riain of Pinsent Masons welcomed the CBI’s detailed explanation of the circumstances in which it would permit the use of side pockets.

“This is a welcome update from the CBI on the availability of this liquidity management tool in the context of Russian, Belarusian and Ukrainian securities affected by Russia’s invasion of Ukraine, as there were question marks over their use in this context given that the UCITS framework doesn’t explicitly allow for side pocketing arrangements as is the case for funds governed by the AIFMD,” she said.

In the UK, the Financial Conduct Authority (FCA) recently consulted on similar proposals. Its consultation closed this week, and the regulator is expected to announce the outcome shortly.

Funds dealing in ‘affected securities’ – defined by the CBI as those which have become illiquid or untradable as a result of the Russian invasion of Ukraine or associated sanctions – will be permitted to seek regulatory approval for a ‘clone fund’, into which liquid assets held by the fund may be transferred. Shareholders in the newly established clone UCITS would hold shares in that fund pro rata to their stake in the original UCITS.

Affected securities which have become illiquid or difficult to value would remain in the original UCITS. The original UCITS must then be wound down over time, with any proceeds paid out to shareholders.

Before establishing a clone fund and transferring any assets to it, the UCITS must first obtain prior written approval from the CBI and establish that the proposal is in the best interests of investors. The CBI will establish a streamlined authorisation process for such arrangements, and will process applications within five working days provided all conditions in the notice are complied with.

The UCITS must obtain investor approval before initiating the transfer, and must provide them with a clear description of the costs and fees associated with setting up the side pocket and any ongoing costs and fees. It will also be required to report to the CBI on an annual basis with progress on the liquidation of the original UCITS, and confirmation of whether or not it remains in compliance with the policy.

The CBI is now accepting advanced notification of planned applications. It has stressed that its policy “should not be interpreted as creating a precedent” for any other current or future situations impacting fund liquidity. 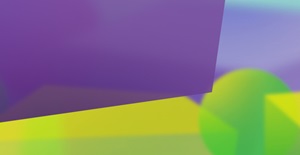