Managers need to ‘step up’ to combat workplace harassment

IR35 compliance ‘complex’ when contractors are based outside the UK 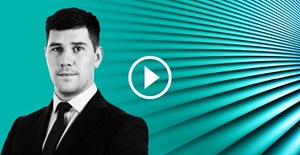