New flexible working draft legislation in the UK will be good news for employees but employers will be concerned about additional burdens, according to legal experts.

It comes after the government announced its plans to back a Bill that will allow UK workers to request flexible working from the first day of their employment. The Employment Relations (Flexible Working) Bill (5 pages / 101KB PDF), proposed by Yasmin Qureshi MP, will require employers to consult with an employee before rejecting a flexible working request, and make a final decision within two months instead of three.

Anne Sammon of Pinsent Masons said the proposed changes are good news for employees who already work flexibly. “One of the barriers to changing jobs can be the lack of available flexible working. Once implemented, this new approach will mean that those employees may have more mobility in the job market as requests can be made from day one,” she added.

Sue Gilchrist of Pinsent Masons said the proposed requirement for employers to consult employees “expands the discussion process out more widely than the current regime, where a meeting, decision and appeal process is required, but there is no ‘consultation’ obligation.” But she warned that the meaning of the term ‘consult’ in this context “will inevitably form the subject matter of litigation”.

Gilchrist added: “Under the terms of the Bill, an employee will be entitled to bring a claim to tribunal if the employer does not consult them before rejecting their request for flexible working, a measure which will encourage engagement in workplaces where that does not currently happen. Employers who apply the current process in a ‘tick-box’ fashion should provide guidance for managers when the changes come into play. That will be a good idea from an employee relations perspective too, at a time when many employers are focusing on retention of their experienced workforce.”

According to the Bill, employees will be able to make two requests in any 12-month period, instead of the current limit of one, and will no longer need to explain what effect the change would have on the employer. The changes will apply in England, Wales and Scotland, while Northern Ireland’s Assembly decides whether to apply similar employment reforms there.

Research suggests that flexible working has become one of the most important considerations for employees in the UK, heightened by the change in working practices prompted by the Covid-19 pandemic. A study published by employment charity Working Families suggests that more than half (55%) of working parents would consider leaving their job if they found another which offered greater flexibility.

Gilchrist said: “Making flexible working a ‘day one’ right will also require a change in current processes. Some employers already allow flexible working requests at day one, but the majority do not. It is possible that a situation arises where an employee applies for a job which is advertised as full-time and in the office, and a couple of weeks after starting makes an application for that job to be part-time and hybrid. The employer will have to consider the application as they would for an employee with longer service.”

Susannah Donaldson of Pinsent Masons said employers will need to specify place of work and available flexibility in the roles they advertise for once the Bill comes into force. “The news has been welcomed by many who have hailed the change as a legal right to work flexibly - but it is just the right to ask,” she added. 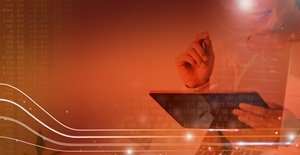