Proposed financial penalties of up to £50,000 per breach of UK draft pensions dashboard regulations are a major risk for schemes to mitigate, according to one legal expert.

Responding to the UK government’s consultation response, Tom Barton of Pinsent Masons said ministers’ decision not to remove liability for mistakes and misunderstandings using disclaimers was “a serious business”. He added: “The penalties regime, and the introduction of a new Private Members Bill that seeks to ban trustees and managers from being indemnified from fines associated with pensions dashboards, already pile the risk and pressure on schemes.”

Pensions dashboards, provided by the Money and Pensions Service (MaPS) and other organisations who meet the requirements to develop and host their own versions, are designed to offer savers a choice of how they keep track of their pension pots. The first rollout of pensions dashboards will allow people to find their pensions and then view simple information about their value, but ministers expect user insights and experience to be enhanced further as the use of dashboards becomes more commonplace.

The government said that, once dashboards are available, schemes could receive millions of requests from individuals to find their pensions, followed by requests to view information about them. It said there was potential for any errors in the provision of pensions information to be “amplified and cause detriment to multiple individuals” and “undermine public confidence” in pensions savings.

Ministers said they want an enforcement regime “to be able to reflect the scale of any potential detriment that could be caused by failure to comply” with regulations and are set to give The Pensions Regulator (TPR) powers to issue penalties of up to £5,000 in the case of an individual - or £50,000 in other cases – per request. TPR’s ability to issue multiple penalty notices within a single document if there have been multiple breaches is intended as a “significant deterrent to non-compliance”.

But Barton said schemes were “working hard to make sense of a complex collision of pensions, data and technology” in order to ensure that pensions dashboards function correctly, and echoed concerns from several consultation respondents about industry liability. The government response acknowledged worries that schemes could be held liable for an individual mis-using or misinterpreting data that has been provided by them or for failing to return a match – or reporting a match to the wrong individual.

Concern was also expressed from some respondents that individuals may act upon the values they see on dashboards, even though such values could be estimates and may be expressed in a simplified form to meet the requirements in the regulations. The Pensions and Lifetime Savings Association (PLSA) recommended that all dashboards should include a disclaimer explaining that the pension incomes shown are only estimates with wording that “extinguishes schemes’ liability” from users making poor decisions based on the data presented on dashboards.

In response, the government said its draft regulations include a mechanism for the review and appeal of penalty notices, and added that TPR already has discretion to not take enforcement action if a scheme is unable to comply due to circumstances outside their control. It said: “The compliance framework does allow TPR discretion in deciding whether to take enforcement action in respect of a breach of the regulations and TPR will take individual circumstances into account. We understand TPR intend to consult on their compliance and enforcement policy shortly after Department for Work and Pensions has laid the regulations before parliament.”

The same consultation response also confirms changes to the staging timetable for big master trusts and defined contribution (DC) schemes which would have been included in the first round of dashboard rollouts. They now have an extra two months to connect to the dashboard ecosystem – and a longer connection window. Barton said: “Hybrid schemes should also double check their staging deadline, because it is now going to be based on total deferred or active membership numbers as though they are all DB members. The same principle applies to master trusts, meaning hybrid master trusts will not now need to connect before the end of November 2023.” 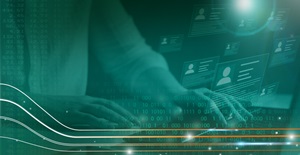