Call to protect footballers’ mental health during the World Cup

Sports bodies need to acknowledge that mental health issues can affect their athletes and foster a culture, and develop underlying policies and processes, to support those impacted, experts have said ahead of the FIFA World Cup in Qatar, where the issue is expected to come to the fore again.

“Athletes may have unique vulnerabilities to mental illness for various reasons associated with being in the professional sporting world, ranging from the time and energy they invest in training, to competitive failure, worries about ageing and declining performance, and overtraining, burnout or injury. Many athletes are perfectionists as competitors and may struggle to feel satisfied regardless of how well they perform. Pressure from the public, media, sponsors, coaches and teams can also put severe strain on athletes’ mental health and wellbeing, especially where the pressure crosses the line into abuse,” she said.

Athlete wellbeing issues have been highlighted in the context of football before, perhaps most notably in the immediate aftermath of the European Championships when England players Bukayo Saka, Jadon Sancho and Marcus Rashford were all targets of racist online abuse after missing penalties in the final against Italy.

Issues have also arisen in the context of other major world sport events – US Olympic gold medal gymnast Simone Biles, tennis champion Naomi Osaka and swimmer Michael Phelps, the most decorated Olympian in history, are among the prominent athletes to have shared their experiences of mental health problems.

Biles withdrew from the women’s gymnastics team final at the Tokyo Olympics to focus on her mental health, while Osaka revealed she had suffered “long bouts of depression” after her decision to withdraw from the French Open major tennis championship was prompted by criticism over her refusal to fulfil media commitments at the tournament. Phelps has been open about his struggle with depression, substance abuse and suicidal thoughts.

Rice said that it was encouraging that high profile athletes have felt able to speak out on the issue of mental health. However, she said there is still much more to be done to properly support athletes and raise awareness of the difficulties they face, in particular because of the rise of online abuse of athletes.

“Open conversations about, and acknowledgment of, mental health issues needs to be a priority,” Rice said. “For anyone, speaking to your boss, colleagues or teammates about mental health is something we have been socialised to avoid doing due to the stigma attached to mental health. Disclosing mental illness in the workplace can be a very difficult thing to do for any person, never mind for an athlete in the public eye who is held to much higher standards. There is a need to create a safe and supportive space to facilitate such discussion.”

“Better support must also be provided when an issue emerges. Sports bodies need to be aware of how to spot early signs of stress and mental ill health. Mental health charities Mind and Rethink Mental Illness provide some excellent information in this regard, while there are a number of mental health charities and organisations focused on mental health within professional sport, including Sporting Minds UK and The Michael Phelps Foundation,” she said.

“Organisational policies need to promote a supportive environment for talking about and dealing with mental health issues, so sports bodies should also consider reviewing their existing policies and implement changes to their approach that are identified as necessary,” Rice said.

According to Rice, online abuse targeted at employees is an increasing problem that all employers need to consider. She urged employers to support employees who are subjected to online abuse and make use of available digital tools to do so.

Pinsent Masons has developed a new feature for its brand and reputation management tool, Alteria, which helps clients manage the online reputation for their company and their employees, including protecting staff from online abuse. Searches can be tailored to identify inappropriate posts that refer to sports organisations, or to a particular athlete or employee. Using monitoring software that identifies online infringements gives organisations the option to file a takedown request to remove those posts via the platform at the click of a button.

Employment expert Joe McMorrow of Pinsent Masons said: “By proactively monitoring major social media sites, identifying harmful comments, and requesting they be removed, employers will send a strong message that they embrace inclusion and diversity and will take steps to protect employees in the public eye.”

FIFA has announced that it will use technology to monitor for online abuse of players during the upcoming World Cup in Qatar and apply a moderation service aimed at curbing the reach of such comments on social media platforms.

Pinsent Masons is hosting an event on 17 November where the prevalence of online abuse and measures to combat it will be at the centre of discussion. Pinsent Masons experts will be joined by guest speakers from Student Minds football charity Kick It Out. You can register for the event. 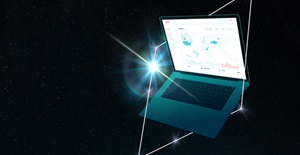 Online abuse of athletes can be combatted using digital tools

NFL should use Nassib announcement to increase visibility of LGBT community