UK extends sanctions against Russia, with focus on aircraft

The regulations prohibit the direct or indirect technical assistance relating to an aircraft or ship to, or for the benefit of, a person who has been designated for the purposes of this sanctions measure. This prohibition is not contravened where there was no reasonable cause to suspect that the technical assistance was provided to, or for the benefit of, a designated person; or a failure to provide the technical assistance would endanger the lives of persons on board or the safety of the aircraft or ship. Amendments are also made to some of the financial and aircraft measures already introduced in previous regulations.

The UK government will now have the power to issue a licence to authorise a movement of aircraft that would otherwise be prohibited.

“In March the UK government alluded to banning the export of luxury goods, in a similar move to the EU,” Devaney said.

“The EU’s last package of sanctions also targets certain sectors – such as certain iron and steel items that originate in Russia or have been exported from Russia – that the UK has yet to implement sanctions on,” Devaney said. 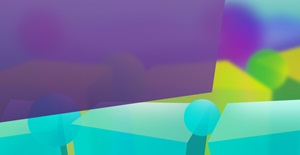