World IP Day 2021: biotech growth and its link with funding and IP

A lack of access to funding can be a major inhibitor of innovation in life sciences and so, as World IP Day on 26 April brings a focus on the role of IP rights in enabling SMEs to become stronger and more competitive businesses, the promise of a new funding map and specialist new funding agency will be welcomed by SMEs in the UK’s life sciences sector.

Each body has its own remit and different application process and funding criteria to fulfil, and each scheme is relevant to different stages of the product lifecycle

Developing innovative new products in healthcare and getting them to market requires substantial investment. In the case of new medicines, it can take years – often more than a decade – for research projects to progress from an initial idea through preliminary laboratory and pre-clinical studies and the various stages of clinical trials to the point where the product has obtained regulatory approval and, in some instances, negotiated complex pricing reimbursement arrangements and made available to patients.

Biotech companies, like medtechs in the case of advances in medical technology, are increasingly at the forefront of innovation in medicines, but often are relatively small companies that require external investment to help them fund their research. 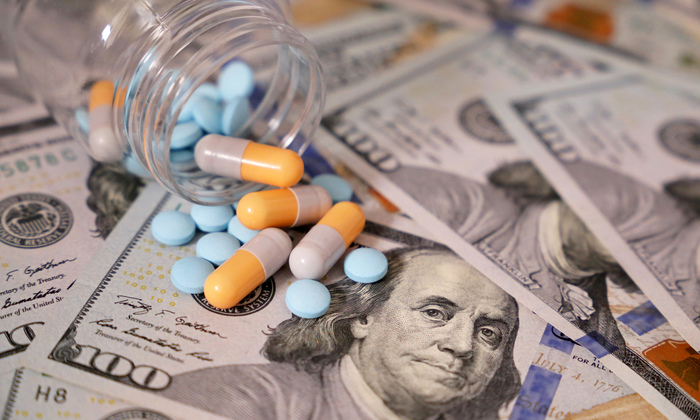 While biotechs are increasingly attracting interest from the investment community, public funds remain a vital component in helping SMEs in the sector to overcome funding challenges, progress their R&D and grow. Indeed, the results of research commissioned by Pinsent Masons and carried out last year underlined this – 83% of the industry experts interviewed for our study gave their backing to more funding for the UK's Biomedical Catalyst and for additional entrepreneurs' relief as a means to "best encourage investment in innovation more broadly".

The Biomedical Catalyst was established by the UK government in 2011 as an initiative to help scientists win finance to develop their research. The programme was developed in order to address the difficulties some early stage biotech and medtech companies have in obtaining enough finance to develop their research and development programmes to a stage where they can attract meaningful private investment and/or license those research programmes to a larger organisation that can progress them.

The Biomedical Catalyst is run by Innovate UK and the Medical Research Council (MRC), with additional funding from Scottish Enterprise. Funding is available via a competitive application process that rewards SMEs that are developing new processes or technologies that can solve particular health challenges, such as the treatment of chronic or unmet conditions.

The Biomedical Catalyst is, however, just one part of broader web of potential funding streams that SME biotech and medtech companies in the UK can access. The funding programmes are overseen by a variety of different bodies. For example, beyond Innovate UK and the MRC, other funding distributors include the Biotechnology and Biological Sciences Research Council (BBSRC), the National Institute of Health Research (NIHR) and the National Centre for the Replacement, Refinement & Reduction of Animals in Research (NC3R), as well as the devolved administrations in Scotland, Wales and Northern Ireland.

Each body has its own remit and different application process and funding criteria to fulfil, and each scheme is relevant to different stages of the product lifecycle, from helping businesses develop concepts through to providing seed financing and taking finalised products to market – whether Innovate UK’s ‘Smart’ grants programme supporting “the best game-changing and commercially viable innovative or disruptive ideas” or the NIHR’s funding for health technology assessments in cases where there is already some evidence the technology has some utility.

The KTN funding map is likely to serve as a useful resource for SMEs in identifying where public funding is available, the eligibility criteria they need to meet, and the process that applies

UK Research and Innovation (UKRI), as the central UK funding body for science and research development, helps consolidate funding proposals, avoids duplication between funding bodies and ensures equitable funding arrangements throughout the UK and beyond. Despite this, navigating the complex funding environment can be a daunting prospect for SME biotech and medtech companies.

KTN – an organisation that is grant funded by Innovate UK and which aims to facilitate business innovation – is in the process of finalising a new funding map, which it intends as a central resource for SMEs in life sciences to refer to when seeking funding for their business.

The funding map is likely to serve as a useful resource for SMEs in identifying where public funding is available, the eligibility criteria they need to meet, and the process that applies.

The Advanced Research and Invention Agency

SME biotech and medtech companies could also in future seek funding from the new Advanced Research and Invention Agency (ARIA), which the UK government is in the process of setting up.

Formally announced in February this year, ARIA is the brain-child of former special adviser to the government, Dominic Cummings. Its remit will be to fund “high-risk research that offers the chance of high rewards, supporting ground-breaking discoveries that could transform people’s lives for the better”.

In this regard, ARIA promises to address a perceived shortcoming in the private investors market and in the existing funding programmes overseen by UKRI, which apparently focus on relatively safe bets offering near-term returns.

The government has committed to provide ARIA with £800 million to allocate to businesses over the course of the current parliament. The agency will have a statutory footing, to be delivered via a new ARIA Bill, and its “vision, direction and research priorities” will be shaped by a new chief executive and chair, which the government is currently in the process of recruiting.

Although the Department for Business, Energy, and Industrial Strategy (BEIS) will serve as a governmental sponsor of ARIA, the government intends ARIA to operate independently, subject to specific ministerial powers of intervention on national security grounds, and outside of  much of the existing “bureaucracy” it flagged “can stifle the creativity and dynamism of scientists”.

The funding challenges in life sciences are interlinked with companies’ IP strategies. In particular, SME biotech and medtech companies have to balance the costs and benefits of seeking IP protection for innovations at strategic stages of their development.

Understanding how to balance these costs and benefits can be challenging for all companies, but particularly SMEs when they seek patent protection for innovations early in the discovery process: filing too early may mean they are not be able to protect the full scope of their contribution to existing medical science, and filing too late can mean that they are unable to secure investment – a misstep that may critically limit their funding for continued R&D and to bring their innovations to patients.

This balance was highlighted again in last year’s high profile UK Supreme Court’s decision in the case of Regeneron v Kymab, which has since been applied by the lower courts in the UK.

SMEs need a clear and coherent strategy for not only protecting their IP but also identifying appropriate funding at each stage to secure their long-term success.

Pinsent Masons specialise in advising biotech and medtech clients throughout their development and product lifecycle. Our innovative Biotech Express solution is one offering that provides start-up biotechs the reassurance of operating on a sound legal footing for a fixed-fee.

Protecting your brand: advice for SMEs