Significant private sector investment will be required to deliver the infrastructure that the UK has committed to as part of its Covid-19 recovery plans, an industry body has said.

The CBI, in a new report (56-page / 1.6MB PDF), has made a number of recommendations to the government to encourage more private investment into UK infrastructure. They include prioritising the creation of a new 'UK infrastructure bank', as part of a larger investment institution, as a replacement for the European Investment Bank (EIB) should the UK lose access following the end of the Brexit transition period.

Given the positive impact infrastructure investment and development has on stimulating economic growth and addressing the productivity challenge, the question is really whether the UK can afford not to fund it.

UK prime minister Boris Johnson has reiterated the government's commitment to driving infrastructure delivery despite the constraints on public finances caused by the pandemic. In its March 2020 Budget, the government pledged to spend over £600 billion on infrastructure in the next five years.

Finance and projects expert Michael Watson of Pinsent Masons, the law firm behind Out-Law, said that the CBI's report was "thorough and excellent".

"The report identifies the significant - indeed, unprecedented during peacetime - challenge facing the public finances and identifies the impact that has on the prospect of infrastructure investment and financing," he said.

"The government cannot afford to fund the expected pipeline of projects. The report identifies that, given the positive impact infrastructure investment and development has on stimulating economic growth and addressing the productivity challenge, the question is really whether the UK can afford not to," he said.

According to the report, the pandemic has had little impact on the level of private sector capital available to fund infrastructure. Institutional investors remain focused on long-term, stable returns on pension fund and insurance investments, and the UK's current historically low interest rate environment makes financing more attractive.

The CBI's central recommendation is the creation of an "enabling institutional framework" to mitigate against the potential loss of UK participation in the EIB. Businesses view the EIB as a "useful institution" which facilitates international participation in the UK infrastructure finance market, decreases risk to investors and provides cheap debt on projects, encouraging involvement from equity investors, the CBI said. The EIB is also able to provide early finance to otherwise viable projects in markets where little capital exists.

The UK is "actively exploring options for a future relationship" with the EIB, according to the government's recent Infrastructure Finance Review consultation. However, the CBI is concerned that, should these negotiations fall through, any replacement could take several years to establish.

Watson said: "The role and remit of any future infrastructure bank is critical. It should include focusing on genuinely 'crowding in' investment and not replacing it - there is plenty of finance available, but some market failures need to be addressed".

"Alongside stimulating and taking technology and process risk, the big opportunity is in relation to climate change mitigation. A new infrastructure bank could make a massive impact on climate change and sustainability, by driving forward and crowding in investment into projects and initiatives that are 'climate positive' but which would not, currently, represent commercially investable opportunities in standard financial investment terms. As energy transition accelerates, these projects will become investable by private sector investors - but until then, there is an opportunity for a new bank which is forward looking and able to accelerate the transition," he said.

Watson also welcomed the CBI's endorsement of the important role to be played by the IPA on future project delivery. 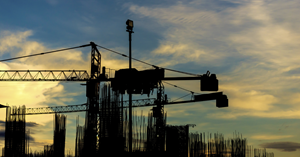 UK creates department to speed up road and rail projects