The European parliament’s decision to remove restrictions on green hydrogen development from draft legislation is an encouraging sign for the industry, according to one legal expert.

In May, the Commission published a draft Delegated Act on the definition and production of renewable hydrogen, including rules for producing fuels of non-biological origin (RFNBO). The requirements would have prevented green hydrogen developers from entering into power purchase agreements with the EU’s existing renewable energy assets. These ‘additionality’ criteria were intended to prevent the bloc’s existing renewable energy assets from being focused on hydrogen production, rather than on the decarbonisation of Europe.

But in a knife-edge vote earlier this month, MEPs voted 314 to 310 in favour of an amendment to the renewable energy directive that removed the additionality criteria from the draft Delegated Act. The change means that producers of RFNBO, including green hydrogen developers, will only need to demonstrate that they have a renewable electricity power-purchase agreement in place for the equivalent amount of electricity demand.

Garrett Monaghan of Pinsent Masons said the additionality criteria was the Delegated Act’s most debated topic, after the draft was published by the European Council in May. “It was met with significant backlash from key industry stakeholders who were concerned that the Act was too restrictive. That criticism was compounded by the passage of the Inflation Reduction Act in the US in August, which set out significant investment for green hydrogen support, and sparked fears that developers would set up their green hydrogen projects in the US instead,” Monaghan said.

MEPs also voted to amend how electricity produced from a renewable asset and used by an electrolyser is balanced and reported. The Commission’s original draft Delegated Act would have required the power from a power purchase agreement to be used within the same calendar month that it was produced from now until 2027. Power produced after 2027 would then need to be used within one hour of its production. The EU parliament’s amendment would instead allow quarterly balancing power to be used for green hydrogen production until 2030. From that point, it could be balanced annually, quarterly or monthly – with the exact timing dependent on a future assessment from the Commission.

Monaghan said: “After the vote, one MEP summed up the European parliament’s position on the draft Delegated Act and the development of hydrogen in Europe when he said: ‘We don’t need gold-plated hydrogen, we need hydrogen now.’ Despite the strong tone, stakeholders in the green hydrogen industry should keep a close eye on legislative developments in the coming months, as a great deal could still change.” The parliament’s amended draft Delegated Act will now go forward to its first reading by the European Council, who may adopt the proposal – or return it to MEPs for a second reading.

One the day of the vote, European Commission chief Ursula von der Leyen gave her state of the Union address, announcing plans for a revenue cap for electricity from non-gas power producers. She also set out details for a new ‘hydrogen bank’ with a budget of €3 billion to help guarantee the purchase of hydrogen, using resources from the EU’s Innovation Fund.

The speech came after the Port of Amsterdam and the Port of Cork signed a memorandum of understanding with the Irish green hydrogen company EIH2 earlier this month, to establish a green hydrogen supply chain between Ireland and the rest of Europe. Meanwhile, in August, Germany agreed to import wind-generated hydrogen from Canada and signed a letter of intent with Denmark for the transport of hydrogen between the countries and collaboration on offshore wind projects. 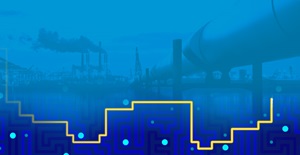