There is an urgent need for the current parliament to legislate and create a robust regulatory framework on self-driving vehicles to maintain the UK’s leading position in commercialising the new technology, warned experts in the future of mobility before the House of Commons Transport Committee.

As a key step in the government’s effort to bring in new laws to regulate automated vehicles on roads or other public places in Britain, the House of Commons Transport Committee has recently called in three industry experts to give oral evidence on the topic (https://committees.parliament.uk/oralevidence/11574/html/).

An overarching theme from the evidence provided is that the UK is in urgent need for new primary legislation to facilitate the use of autonomous vehicles, otherwise, innovative companies investing, or considering investing, in the UK could consider other locations.

Ben Gardner of Pinsent Masons, who was one of the three experts that gave evidence to the committee earlier this month, urged the current government to prioritise the introduction of proposed new legislation, as there are significant gaps in the existing regulatory framework and the UK is beginning to fall behind other jurisdictions in developing and deploying self-driving vehicles.

“One of the consequences [of not legislating] is that it may dissuade businesses from coming here or staying here to test, develop and commercialise that technology,” said Gardner.

“The automotive industry could really do with a shot in the arm. I think automated vehicles, connected vehicles, and the future of mobility is a real opportunity. Providing certainty for industry, or at least positioning the UK’s aspiration to become or remain a leader in the field, is crucial,” he added.

This view is shared by techUK’s transport and smart cities programme and policy manger Ashley Feldman, who was another expert witness at the session.

“There is a real risk, without wanting to sound too doom and gloom, that if we do not see legislation emerging, innovative companies investing here could basically start to atrophy,” said Feldman.

“If they cannot implement their technology and see the commercial return on their investment, then, quite frankly, the UK is perhaps not a large enough market to make it worth their while. We need a timeline in place, and we need to give certainty to the technology industry that it can continue to invest, employ and innovate,” explained Feldman.

During the evidence session, a common concern among the expert witnesses is that the UK is lagging behind in updating its regulatory framework over the emerging industry, particularly in light of the large amount of bills the government has to deal with post Brexit.

“Other jurisdictions have got very smart to the potential societal and economic benefits of self-driving vehicles,” said Gardner. He gave the example of countries in the Middle East and the Gulf Cooperation Council, which are making bold announcements to the timescales for advanced deployment of vehicles there. California and Arizona in the US were also highlighted as leaders in the race to deploy self-driving car and robo-taxi services.

However, he emphasised that the UK should not rush to legislate in response to global competition.

“That is not to say that the UK should rush, because there is a balance between safety, public confidence and stifling innovation and commercialisation, but we need to come up with a plan and make sure that there is sufficient resource within Government to ensure that we remain competitive and do not lose further pace in the race to attract business and get these things on the road,” said Gardner.

As part of his evidence, Gardner also identified the biggest initial gaps in the current legislation, which is the approval regime.

“For any vehicle to be placed on to the road and sold to the public, it needs to be approved for use and go through what is known as type approval in the UK. Different types of vehicles are recognised - for example, a private car, a van, a motorbike or a trailer. There is not a single type that would exist for a self-driving or semi-self-driving vehicle at the moment, so the entire concept of a self-driving vehicle does not particularly exist as an approved vehicle for use on the UK road network,” he explained.

“Until we get our heads around it and begin to lay out the frameworks through which such a vehicle could be legally recognised, and an approval process is created to allow it to be approved, we are not going to get very far,” said Gardner.

There is work under way, according to Gardner, in the form of an assurance and approval regime called CAVPASS, which is a cross-government and industry working group that is trying to get to the root cause of the question.

In August 2022, the government announced its plan to make self-driving vehicles operational on UK public roads by 2025 and published its response to the recommendations made by the Law Commission for England and Wales and the Scottish Law Commission earlier this year. It confirmed that it intends to put in place “a robust regulatory framework” to support commercialisation of self-driving vehicle technologies and services. The most recent evidence session was the Transport Committee’s ongoing inquiry into self-driving vehicles and focused on examining the planned regulatory framework being developing around their everyday use. 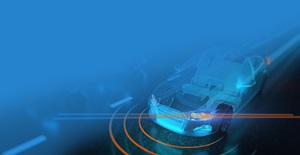