Our business is built upon a track-record of providing responsible advice to enable our clients to manage and address business risks. A commitment to behaving responsibly is at our core. It extends to everything we do, and everyone with whom we interact.

Our community investment programme is focussed on Inspiring Young Lives and we strive to make our business work better for young people across the globe.

Through our employee volunteering and engagement programmes we are committed to raising young people's aspirations and breaking down the barriers that may prevent them from fulfilling their full potential. Working with local schools, charities, social enterprises, voluntary and community groups to create transformational change through education, employability and enterprise.

Without the support and commitment of our people at every level, we would not be the successful growing business we are today. Pinsent Masons is fundamentally a “people” business and we work hard to develop and sustain an inclusive and healthy culture which prioritises wellbeing and belonging

Recognised on The Times Top 50 Employers for Women, Top 10 Employers for Working Families and as a Stonewall Top Global Employer, we are committed to eliminating discrimination and promoting equality and diversity through all our employment practices.

Learn more about the diversity make-up of our workforce and our pay gap.

The climate crisis is a business issue as well as a social and a political one – organisations should ensure they are part of the solution, not part of the problem, starting with how they operate their own business.

Pinsent Masons understood that part of being a responsible business was tackling this issue so in 2015 set itself a target of reducing energy consumption in the UK by 20%. We met that target a year early.

Most importantly, Pinsent Masons is committing to ever-more stringent targets for climate change. Progress has been significant, but more is needed. We plan to sign up to science-based targets to ensure that our actions are independently measured as being the right ones to create meaningful change and help to protect the planet.

Making an impact on this scale takes planning, funding and detailed execution over a long period. To achieve results an organisation needs to be clear eyed about how much needs to be done to create real and lasting change. It is not a small job, but it is an important one.

You can't reduce your energy usage unless you know what is being used, where, when and why. With the help of specialist consultants we analysed our usage and put together an energy action plan to reduce consumption.

We installed analytic software at our biggest office, in London, to measure exactly what electricity and gas was being used and how plant was operating. Sensors fed data to the system about what energy was being used for heating, air-cooling, water and machinery. The system made recommendations about what changes would reduce consumption.

By changing how our building operated we were quickly able to reduce energy use by 10% a year and expect that saving to grow over time.

It is not possible to stop using energy but it is possible to reduce the climate impact of the energy you do use. All electricity purchased for our UK offices is now sourced entirely from renewable sources. Around 60% of our global energy use is renewable, and this will increase as existing contracts expire and can be replaced. We are a member of the Legal Renewables Initiative which means we have committed to only use renewable energy by 2025.

Moving to agile working, where people work where suits them rather than at an assigned desk, can dramatically reduce resource usage. It can help reduce the amount of office space needed per employee and the amount of heat, light and power used to service these areas.

In Birmingham, for example, going agile reduced the amount of office space needed by 14%.We now occupy over 100,000 square feet less office space than in 2015 in the UK.

Pinsent Masons reconfigured its UK offices, creating co-working spaces, breakout areas and places where collaboration could happen, while engaging in a change management programme to help its people understand what the changes were and why they were being made.

The number of printers was dramatically reduced, from 475 to 166 in the UK, and the amount of printing fell by 29%, partly helped by improved screen sharing technology that meant colleagues could share information without resorting to paper.

Reducing the space each worker needed allowed us to sublet areas in a number of our offices, ensuring space in buildings was used most efficiently.

Air travel is not climate-friendly so Pinsent Masons has introduced measures to encourage its people off planes and on to other methods of transport, and has reduced travel altogether by investing in video conferencing technology and changing the culture around travel, making it clear that much business activity can be conducted remotely.

Carbon emissions from travel have reduced by 10% since 2015 and the firm is carbon neutral for business travel, offsetting emissions with investments in areas such as renewable wind projects in India and China.

Our work so far has been a beginning, but the environment is still under extreme threat. We all have a duty to meet the 2015 Paris Agreement's goal of keeping global warming to below 2 degrees above pre-industrialisation levels, and as close to 1.5 degrees as possible.

Pinsent Masons is committing to science-based targets for our entire greenhouse gas generation, which means that an external body assesses our share of the carbon reductions needed to meet Paris Agreement targets and we are measured against that figure.

The Science Based Targets Initiative (SBTi) is a partnership of CDP, the UN Global Compact (UNGC), the World Resources Institute and World Wildlife Fund for Nature. We aim to have targets in place by March 2021. 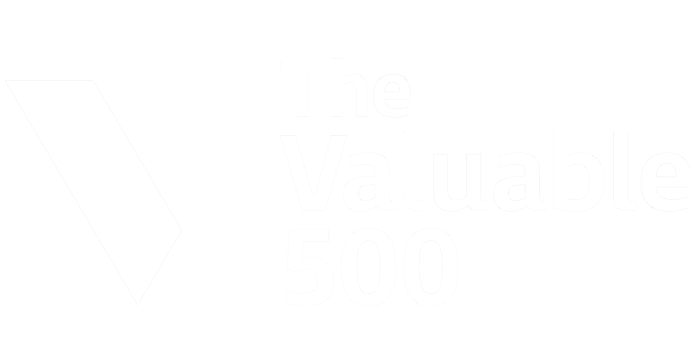 Show me all
Kate Fergusson

Kate leads on our award winning community investment and diversity and inclusion strategies.

Kate has a particular interest in working collaboratively with business leaders to develop the business case for cultural change.